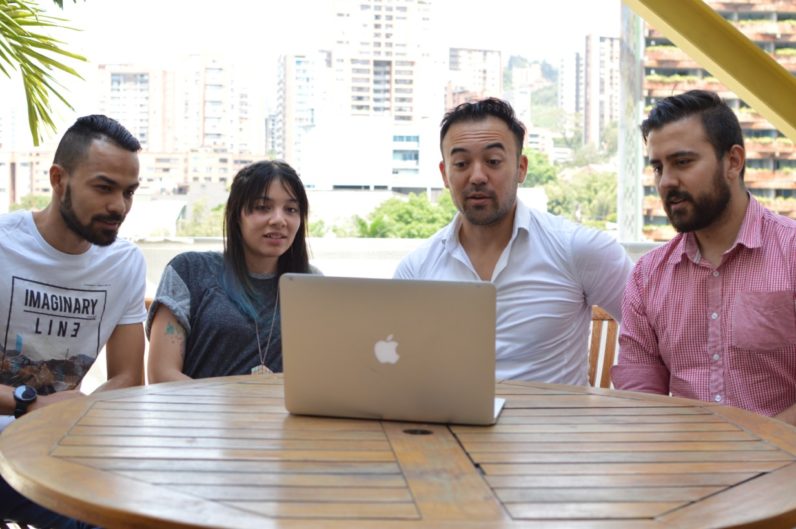 Who would be an editor-in-chief? Only the brave.

It might sound like a glamorous position – images of The Devil Wears Prada and Lois Lane’s cigar smoking boss abound – but today it is in many ways an arduous job. In the year 2000 there were 56,200 journalists in the United States; today there are only 32,900. More worrying still, the employment of reporters and related professions is likely to decline 9 percent further from 2014 to 2024, according the Bureau of Labor Statistics.

This should shake you. With every journalist sucked into a black hole, we lose a valuable source of information and become less well informed. We need a strong, vibrant and independent media, with journalists willing to ask the tough questions and share hard facts with the public. Now that the whole industry is seriously under threat, who can editors and reporters turn to? This is increasingly important with newly elected President Trump’s attacks on the media.

While PR is often referred to as “the darkside” by journalists, the relationship between the two industries is undoubtedly symbiotic; if readerships drop, PR services become a lot less valuable. It is in the interests of PR professionals to better serve and support journalists. But we must do so without compromising the editorial integrity or independence of the publications we champion. Below are three ideas on how the PR industry can evolve to better support the media.

1. Be a bridge to the business community

“The business of the media is in trouble“, says former VentureBeat Editor-in-Chief and Tweney Media founder Dylan Tweney. A number of publications are diversifying their portfolios and straying into new territory in order to support their journalistic efforts. The Next Web’s Index, for example, provides journalists and investors with an invaluable tracking tool, working with public data and online content to provide breaking news on private tech companies from around the world.

The same goes for supporting publications’ marketing teams; clients are often as interested in placing ads as they in running stories and sending press releases. By finding the right publication for the right client, and making introductions, PR agencies can add further value to both the media and business, again without compromising editorial integrity.

The biggest challenge to the media today is that its business model is broken. The high cost of retaining staff leads to an increased reliance on freelance staff. This, in turn, provides another chance for the PR industry to help the media.

2. Become agents to the stars

If sports stars have agents, why not freelance journalists? PR agencies straddle the business and media worlds, putting them in a somewhat unique position. One way to do add value to both spheres, is through business liaison and conference matchmaking opportunities.

With an ear pressed to the ground, industry professionals are able to help supply industry events and conferences with media professionals, and in turn provide journalists with paid for travel and accommodation opportunities.

Conference organizers need moderators, interviewers, videographers, reporters–and PR firms are in the ideal position to facilitate this, by finding the right journalists for the job, without compromising true editorial values.

Ultimately, what matters is that PR companies look to add real value to the media. Said Josh Jones-Dilworth, CEO at Jones-Dilworth, Inc. and co-founder of The Daily Dot, promoting and sharing an article isn’t only about a client, it’s also about the benefit to a publication.

3. Shift the industry relationship: no more one way street

While there’s more online advertising, margins have plummeted. Desktop advertising rates come in at an average $3.50 per thousand impressions (CPM), while for mobile ads, CPM costs float around at $0.75.  This presents the ad-reliant media with a conundrum. This is also being compounded by ad-blockers. Writes The Next Web’s Lauren Gilmore, according to a recent study two out of three US millennials use an ad blocker on either desktop or mobile devices.

As a result journalists are being forced to write faster, driven by an increasingly desperate need for views, shares, and likes, in order to sustain an income for digital media publications. The focus is on quantity rather than quality, which is a main driver behind the rising clickbait pandemic. As Jeffrey Dvorkin, former managing editor and chief journalist at CBC Radio, says, “journalism is being Uber-ized”.

PR needs to step in and stop that from happening. The industry can – and should – provide substance to journalists and help them produce meaningful stories, quickly. Traditionally, PR firms operated and offered value to the media by pitching news. While this is functional, it’s still a one way street, with PR professionals merely sending often unsolicited information directly to journalists. PR needs to evolve in parallel with the media industry and provide an on-demand service to journalists who need information fast.

The Australian Science Media Centre (AusSMC) takes an innovative approach. This independent, not-for-profit service for the news media aims to give journalists access to the expertise and resources they need through a hotline. The AusSMC’s mission is to “increase the quantity and accuracy of science reporting in the media, and hence the public understanding of science”. PR agencies often have specialisms and have long lists of contacts that they can offer to the media. So why not open our own hotlines to the media and become an open resource for journalists, too?

By offering an on-demand sourcing solution for journalists, we can put the experts we know in touch with the journalists who need them. It will lighten the load – and in the same way the HARO and AusSMC do a great job of making connections and adding value to the media, we can too.

Taking these points together provides an opportunity to help an ethical, strong media industry from the ground up. The PR industry can – and should – help journalists, and the press, improve the quality and value of the content and articles they produce.

The free press is the cornerstone to democracy all over the world. It is in everyone’s interest – PR, journalist and public alike – to help it recover, grow and flourish once more.

This article was Co-Authored by George Chilton.

Read next: What is Canada doing to encourage U.S. entrepreneurs?