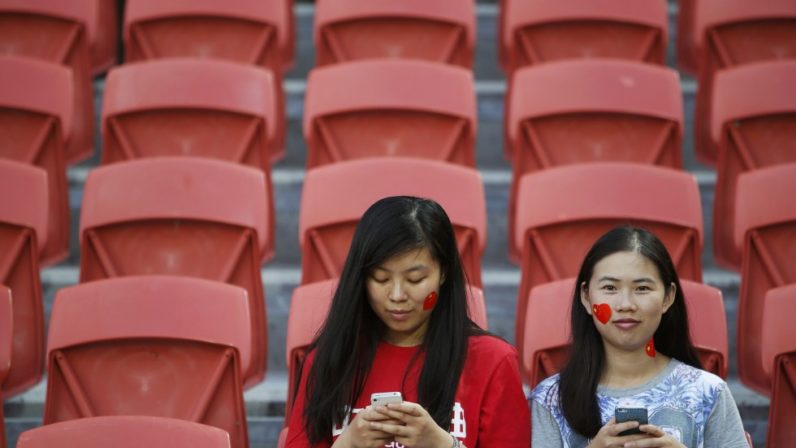 Being one of the fastest growing and second largest economies, China has a lot to offer for app developers around the globe. According to sources, China has numerous smartphone users than the US, Brazil, and Indonesia consolidated and accounted for over 15% of global mobile internet ad spend in the year 2014.

Having overtaken Japan as the New Leader of Science and Technology in 2016 and looking set to surpass the U.S’s economy by  2018, China constitutes a stupendous opportunity for app developers. China’s intensive interests in being a part of technology innovation & business and with its continual growth, the country has been attracting businesses across the world.

Despite its outlook as one of the lucrative markets for mobile apps, the Chinese market has been kept out by a lot of factors, including low-spending customers, administrative boundaries, mobile device fragmentation, piracy concerns, and many others. Though some of them have improved significantly in the last couple of years, nevertheless it ain’t that easy for outside developers to attract the unique dynamics of the Chinese mobile app market.

With just ten English-speaking countries in the world, the biggest concern for a mobile app development industry to enter into any international market is, of course, the same one – the language concern.

China, having less than 1% of English speakers, indeed needs the language translation so ensure you have every detail and button that is in Chinese. To greatly optimize the user experience, not only should you replace the language of the app but also the name of the app in Chinese. Back in 2014, when Uber officially launched in China, they picked a Chinese name  优步 (You Bu) which means “nice ride.”

Third-Party App Stores are Your Friends

Yes, you read it right. There is literally a hell of a lot of Android devices and stores in China. Though Android users are more prevalent when compared to iOS in China, Google Play’s presence is felt hardly anywhere. Because of that, a distinct ecosystem of app stores has emerged in the market and hence have become big and influential players as each of them regulates a part of the market. Some of the top best Android app stores in China are Qihoo, Tencent, Baidu, and Xiaomi.

In addition, there are specific app stores for particular cities, provinces, demographic markets. For instance, there are app stores specifically for gamers and office workers. So you will have to find the right store for your app.

The state of cloud technology in China stands no comparison with the rest of the world. While most of the apps in China usually make use of a local cloud solution, quite distinct from what developers outside China are accustomed to.

Microsoft Onedrive, one of the few products that survived, for instance, local web-based drive services are quite unstable in China. Because of the Great Firewall, it is highly crucial to find a local provider who can offer storage services for your app.

Localization is More Than Just a Language Translation

App developers around the globe presume that a language translation into Chinese would suffice to launch their product in China. But the fact is that translation is just one of the many essential parts of the localization process. For Chinese people to accept your app, it is utmost important for you to localize your app with the local social networking platforms. With Facebook and Twitter hindered, every Chinese prefer local networking platforms like Sina Weibo, Renren, and Tencent Weibo, that are greatly integrated into most of the apps in China. A recent survey by McKinsey says, 95% out of 5,700 surveyed internet users in China are using social media networking platforms.

In terms of advertising, Weibo and Tencent have been major players in the market because of their huge user base, high engagement rate, and robust smartphone presence. WeChat is the largest and widespread mobile messaging app used across China.

Localization further involves integrating your mobile app to Chinese-based cloud systems. Since China is known for its Great Firewall, any app that uses a cloud system outside of the country will likely experience slow connections and delays.

Be Aware of Pirates of the China

Certainly, piracy is one of the biggest concerns if you wish to enter the Chinese mobile app market. For every successful app, there will be local counterparts who try to steal the show. To say the least, copycats copy your app just because it works. Sounds great.. right. However, before you sweat too much, let me tell you something. With the help of the right local partner, you can get rid of such copycat apps by removing from the app stores. Make good friends and find local associates to assist you in working directly with app-store people.

Having nearly 79% of Android users in the country, chances are your app will have more exposure and a greater user base if built for Android devices. Along with the known brand, Samsung, locally made smartphones like Xiaomi and Huawei too are winning a good share of the market. There are numerous Android mobile app stores in China with each targeting a different sector or industry of the market.

Currently, there is a wide range of number Android devices that are available in different screen sizes and densities, so make sure you make your app compatible with all major devices.

Albeit there are a huge number of users who are willing to blow money on in-app purchases and have a large appetite for downloading apps, app promotion in China is something that makes app developers wonder about. China’s app store market is extremely complicated and fragmented and developer income can easily siphoned-off to app stores and Chinese government as they both cut from their earnings.

If you wish to develop an app for the world apart from China, there are few things that can help. However, getting solely for the China, some common points that affect your app rankings won’t be enough. You need to take care of govt. policies, people’s expectation, and other strategies for launching the app in the Chinese market.

App stores cut a good 30% and government also takes nearly 20% plus in revenue from the app developer or company in the form of taxes and regulation fees.

Above-mentioned are some of the points you should consider before invading the Chinese mobile app market. Despite, several challenges just to enter the market, there is limitless potential in the Chinese app market. However, given the fact that there is an immense smartphone user base, seizing even a small chunk of the pie can greatly help developers boost their app business.

Have you had any experience launching your app into the Chinese app market? If yes, then do let us know in the comment section below.