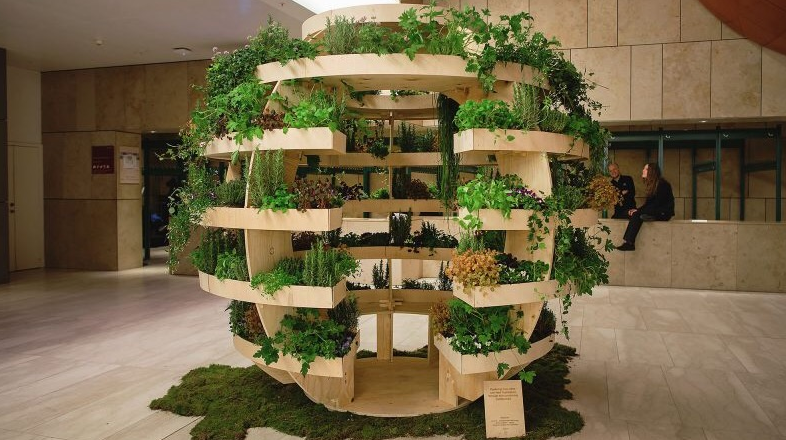 Most news headlines are negative. As Positive News founder Sean Dagan Wood said in a recent TED talk, “A more positive form of journalism will not only benefit our well-being; it will engage us in society, and it will help catalyze potential solutions to the problems that we face.”

IdeaSpies is a new platform with a purpose to encourage innovation, by noticing clever ideas around us. It showcases inspirational ideas from around the world that you can read, rate and share with your friends. You can also search ideas by category and word as well as add any you see so you can keep a record of them.

Stories range from interesting activities, such as ‘Car Racing in Cuba‘ to things that are really cool like ‘Paris Making Their Own Artificial Beach‘ or very inspiring, such as ‘Color For The Color Blind.’

IdeaSpies, founded by Lynn Wood, a Pledge1% ambassador, says, “Like others, I was tempted into reading negative news, and it was making me feel bad. I wanted to help make the world a better place. That’s why I created IdeaSpies.”

The need for positivity

The world itself is full of negative news, hence the so-called “negativity bias.” It is the term used by psychologists to refer to our ‘collective hunger’ to hear and remember bad news. This explains why we tend to remember one bad thing that happens to us, rather than the thousands of good things.

This bias has stayed with us from the beginning of time. Human beings are pre-programmed to ‘detect’ potential threats for survival. In an experiment, people hit a button faster whenever they were flashed negative words like “cancer” or “bomb,” than positive ones like “smile” and “baby.”

Negativity bias attracts more attention than things that are positive in nature. We are bombarded by 000’s of messages each day and a vast majority of them are negative. IdeaSpies understands this need, and replaces your day with good vibes, hope and compassion.

Last year, IdeaSpies was awarded one of the Top 100 Coolest Companies by Anthill Magazine. It has also garnered support from investors, professionals, philanthropists, restaurateurs, artists, and scientists.

Investor Chris Liddell, a strong supporter, said, “My long association with startups, including my own, led Lynn to invite me to participate in her IdeaSpies adventure.”

Mark Stanbridge, Ashurst Partner, said, “At each of our Boardroom Lunches one of our M+A lawyers presents ideas from IdeaSpies- they enjoy it, and it gives them an opportunity to present ideas they see on Idea Spies to leading directors in Australia.”

Businesses can use IdeaSpies to run competitions

Macleay St Bistro raised brand awareness and engaged with local customers by hosting a competition on IdeaSpies. People participated by adding inspiring ideas they’d seen to the site, and the winners were based on number of Facebook shares.

The winner of the competition, Andrea Plawutsky, Director of Amplify Me, said the site encouraged her to look at the world in a different way. “When I first learned about IdeaSpies and saw some of the novel concepts and approaches to problem-solving it promoted, I was inspired.”

Maria Halasz, the CEO of Cellmid Limited, another IdeaSpies competition winner, said, “We posted our idea on IdeaSpies without thinking of winning. Our entire team became galvanized and got right behind it.”

Sarah Davies, the CEO of Philanthropy Australia said, “The IdeaSpies platform is such an exciting innovation. It is a terrific space for not-for-profits to share their clever ideas and inspire others to think about how they can make the world a better place.”

So far over 1,000 ideas have been posted to the platform. IdeaSpies wants you to start your day happier, seeing all those clever ideas around us so you can get your daily dose of happiness and ‘be genuinely inspired.’