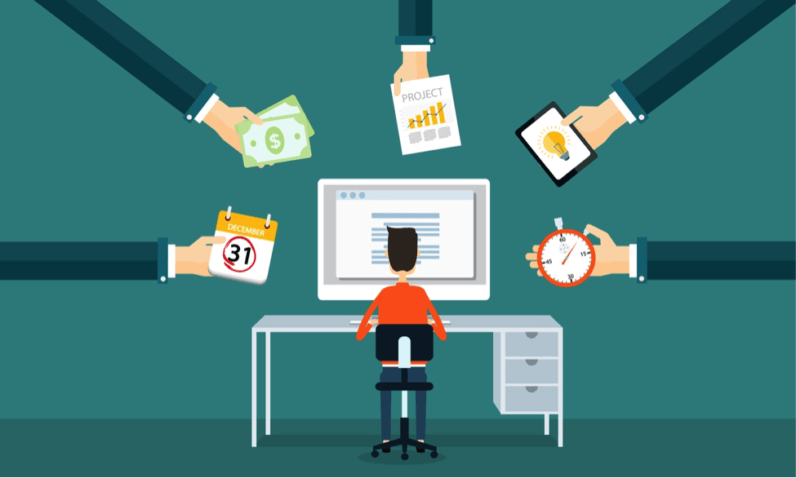 “The freelance workforce is the fastest-growing component of the economy. Figuring out where it is going is the most pressing question of our digital age. . .” – Louis Hyman, Associate Professor and Director of the Institute for Workplace Studies, Cornell University School of Industrial and Labor Relations

Up until the turn of the century, freelancing was a relatively rare undertaking. Most folks were contently locked into their 9-5 schedule, salary, and benefits.

Then the 2008 shook the American economy to its very core, radically changing the business landscape.

A 2016 study from Paychex revealed that from 2000-2014, the freelance economy expanded by over 500%, with the sharpest uptick occurring around the time of the recession.

Last year, freelance platform Upwork partnered with the Freelancers Union to create the “Freelancing in America: 2016” report. The study reveals that more than 2 million people entered the gig economy from 2014-2016, bringing the total to over 55 million freelancers; this equals 35% of the country’s workforce.

But people have not necessarily been forced to strike out on their own because of the economic downturn, rather, they have elected to control their own destinies.

When asked if they were freelancing out of choice or necessity, 63% of respondents claimed it was their decision; a 10% increase over 2014. These folks believe that the diverse portfolio that freelancing develops provides more security than working a single job for prolonged periods.

Many of these folks have even taken things a step further and started their own company or personal brand.

Moreover, self-employed individuals are finding more satisfaction in their new career paths as well; 85% described themselves as “engaged” with their work, compared to only 68% of traditional employees.

What really allows these self-starters to thrive is technology – various platforms have enabled them to find plenty of working opportunities.

Websites like Upwork, Woo.io, and a multitude of other freelance destinations have opened up prosperous doors for freelancers and businesses alike.

The burgeoning number of SMBs is currently fueled by the number of people escaping the “rat race” and starting their own business, while slightly more established brands reap the benefits of contract workers as they no longer need to shell out for expensive salaries, employee benefit packages, and in many cases, work space rental charges.

The freelance economy, however, is not only impacting the way in which people work, but the technologies they work with as well.

A Local Search Association survey revealed that the most pressing challenges an SMB faces in finding a digital marketing provider are:

Additionally, these owners are demanding clear agreement terms as it relates to pricing, length of the relationship, termination circumstances, payment schedules, and similarly vital conditions.

Because of the frustrations and unmet needs of these entrepreneurs, various marketing tools are changing their approach in order to cater to this growing crowd.

How freelancers and SMBs are shifting technology priorities

With more of these young employees turned business owners cropping up every day, the landscape of technological tools and services is shifting to meet their various needs.

With the massive influx of freelancers, entrepreneurs, and solo-preneurs, many of today’s marketing tools are becoming more reasonably priced. The proliferation of digital marketing technologies has enabled many of these platforms to offer low-cost or even free solutions.

Moreover, as technology becomes more refined and increasingly leveraged by small and nimble teams, many tools are becoming increasingly streamlined, simplistic, and automated.

Tools like MailChimp allow SMBs to largely automate email marketing tasks. Platforms like Promo replace complex video creation processes with intuitive tools that even the most novice of marketers can easily master.

Self-service tools, however, are not the only evolving marketing technologies. A plethora of brands offer content marketing services from journalists, photographers, writers, designers, videographers, and other freelance talent.

This enables self-employed individuals to acquire work while simultaneously supplying SMBs with affordable content for their own marketing efforts.

Pricing and simplicity aside, the freelance economy is even changing the types of marketing tools that businesses deploy.

The changing face of marketing

Social media usage has largely transformed a business’s ability to reach new audiences and a freelancer’s capacity for creating a personal brand on which to craft their own empire.

When this technology and realization merge, the result is employee advocacy programs.

Through these types of initiatives, people work as brand advocates for the company’s products and services while their personal social circles drive potential prospects.

A study from Hinge Research Institute uncovered that businesses who employ such programs receive:

Additionally, a common side effect of this word-of-mouth marketing is that the advocate can increase their social clout and become an influencer in a given arena.

The study’s respondents claimed that engaging in such marketing platforms:

Because of these types of results, many employee advocacy platforms have emerged, catering to small business owners and freelancers alike as they often benefit both parties.

As the American workforce continues to shift from its traditional model to the newfound gig economy, there is great opportunity to be found for both SMBs and freelancers.

The gig economy has ushered in a more profound experience of fulfilment and agility for both employers and employees. In this sense, freelance equals freedom, and the resulting technologies that support these priorities will be the platforms that lead us the next evolution of business.

Read next: Keep calm, AI is not about to make marketers obsolete