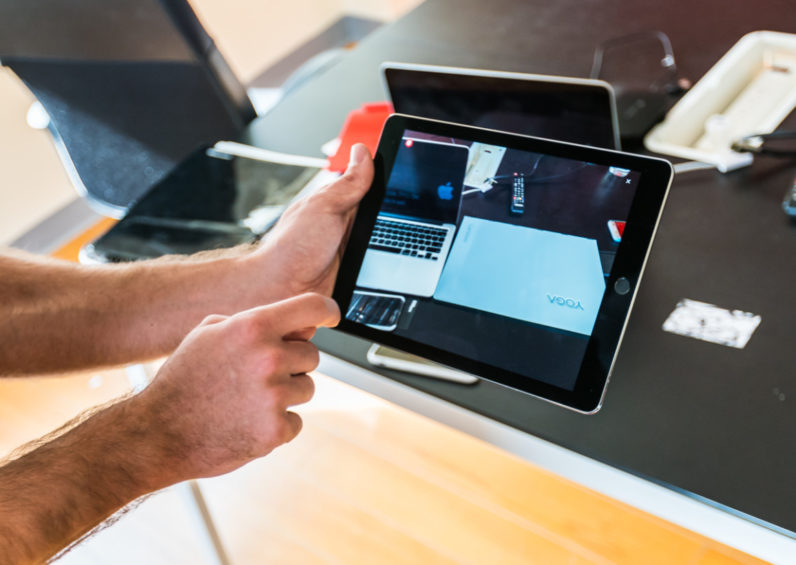 Virtual and augmented reality platforms are tipped to be the standout technologies of 2017, and new research has shown that the UK’s retail market alone could be boosted by as much as £1bn a year if consumers could preview products in a virtual setting before committing to costly purchases.

The independent report commissioned by Manchester-based company DigitalBridge found that while over 56% of UK homeowners plan on upgrading their home in some way this year (allocating average budgets of £500-£3,000 per project) over a third of those consumers have walked away from making such purchases in the last 12 months because of the so-called “imagination gap.” In other words, they simply couldn’t picture how products such as wallpaper, flooring and furniture would look in their homes.

Some major retailers such as John Lewis have already grasped the potential of this technology, investing in smaller start-ups that can help them bring augmented reality platforms to market.

“Customers want to see how a product will look in their own home – both for style and to understand scale. There is a gap at this point in the customer journey at the moment and it is one that visualisation tools will fill in the near future, helping a considered purchase to feel less complex,” says Christine Kasoulis, buying director for home in John Lewis

“Augmented reality has been around for 10-15 years now, but we really wanted to bring this capability for companies of all sizes, with one simple platform,” agrees Mickaël Jordan Co-founder & COO at Augment, which provides AR technology to a variety of businesses and retailers.

The French company raised $4.5 Million so far from investors such as Salesforce Ventures and has worked with B2B clients such as Coca-Cola and Colgate over the past years. While most of their operation is still based in Paris, Jordan is now heading a team based in Orlando, Florida to build relationships with US retailers such as The Home Depot.

The latest generation of Augmented and Mixed Reality technology hardware such as the Microsoft HoloLens is also tapping into these use cases, including an application which plugs into the Lowe’s catalog and allows customers to design and customize their kitchen using 3D holograms. Jordan says those experiences are impressive, but currently difficult to scale as they need to be monitored by someone on site.

Their Augment platform currently focuses on mobile as is the technology most widely used by consumers, but their ambition is to become the software backbone for all future AR hardware. “We’re already working on Windows 10 so the application will integrate with the HoloLens,” he says.

Being agnostic means the technology is able to plug seamlessly into whatever platform consumers happen to be using, and that will accelerate its mass adoption amongst consumers. Jordan believes the tipping point, however, will come when the next generation of smartphones and tablets include depth sensors. Currently only the Lenovo Phab2 Pro and the Asus ZenFone AR have this functionality, but it probably won’t be too long before we see Apple and Samsung incorporating it into one of their flagship phones as well. “This means that when you point your smartphone at this table, for example, it will automatically detect the table and place the lamp on the table itself. It will also allow us to make space-based recommendations, to suggest products that fit into the actual space you have.”

The final piece of the puzzle, according to Jordan, is to make 3D scanning techniques more cost-effective. “At the moment, it’s still cheaper to get a designer to do 3D modeling from scratch, but we’re getting to the point where Artificial Intelligence engines will be able to generate 3D objects based on 2D images, and when that comes along, generating those 3-Dimensional objects will become part of the workflow for retailers just as taking pictures of the inventory for their online catalogue is nowadays.”

“With as much as £1bn of revenue up for grabs in the home décor market alone, retailers can no longer overlook the value of virtual and augmented reality as a commercial tool,” adds DigitalBridge CEO David Levine. More than half of the consumers who took part in this survey said they would be more likely to make a purchase after using this technology, but its impact is not limited to the home interior market, it has potential to completely revolutionise all kinds of sectors from fashion, to architecture to real estate,” he concludes.

These are extremely challenging times for retailers, and businesses will need to leverage technology to engage customers and keep them spending. AR, it seems, is set to become a key tool in achieving this.

Read next: Will An App Replace Work?