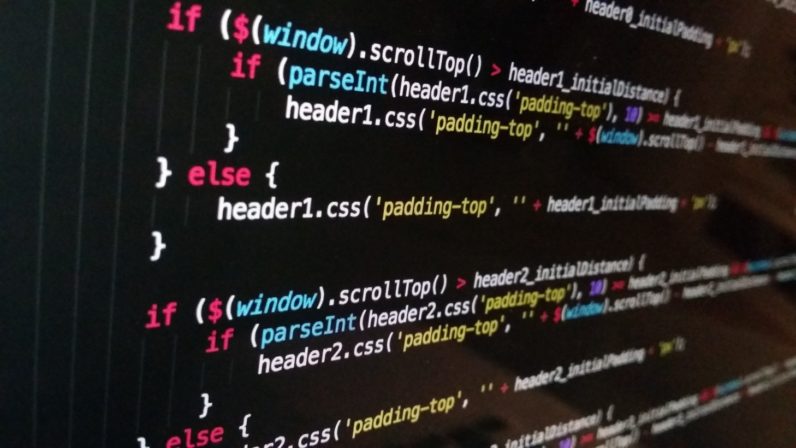 Hello World. As explained by HackerRank, “It’s a test, signifying a start to a program. Over the past several decades, it’s grown to become a time-honored tradition. All programmers that have come before you have, at some point, felt the same rush of adrenaline after realizing they successfully communicated through the computer.”

For this ex-convict, turned web designer, however, it meant something much more significant.

Some programmers hold at least a bachelor’s degree in a field such as computer science, mathematics or information systems. It’s certainly not a prerequisite, as there are endless coders who are self-taught.

These self-taught savants can learn from a number of different ways, from online schools like Free Code Camp created by Quincy Larson, to starting with simple CMS frameworks (like WordPress), to using tutorials, and coding forums for peer to peer help.

Prison is not typically a prerequisite for a computer programmer.

At twenty-two years old, Andrew Medal, found himself in a tough predicament as I learned while interviewing him. He got into a fight in a Las Vegas night club.

Six years after the date of the incident and dealing with the legal consequences, Andrew found himself behind bars, sentenced to two-five years in state prison.

He said, “The initial shock of my sentence and the fact that I was in ‘prison’ hit me real hard as I started my sentence. But, in that moment, I remember making the conscious decision to figure out how to use prison to be the launching pad for my comeback. I assessed my resources, and came up with my prison plan that would allow me to use the time as an asset versus liability.”

His prison plan allowed him to leverage the only real resource he had while in prison: books (oh, and his #2 pencil). The plan consisted of learning a mix of topics both creative and logical, with a robust self-taught curriculum that MIT graduates would’ve feared.

He came up with a list of high-level topics he wanted to learn, from Physics, Foreign Languages, to Computer Science and Art. He then created subtopics for each category, like Quantum Physics, and Contemporary Modern Art. He asked friends and family to recommend books, magazines and blog articles they could mail in so that he could teach himself all of the various topics.

He focused heavily on tech topics (as he’s a tech entrepreneur), and subscribed to Wired, FastCo., Fortune, Entrepreneur, Inc., Forbes, the Wall Street Journal, USA Today, SFGate, and others. He said the guards would make fun of him jokingly saying he’s probably the first inmate in state prison to subscribe to all of those various publications.

He explained that he would also have blog articles from his favorite entrepreneurs and investors printed and mailed in as well, which were a vital key to staying up to date with tech and the latest trends. Some of those included (which continue to be great resources for entrepreneurs):

After learning about a certain topic, he then held himself accountable to write an essay or research paper on each topic, that ranged in length (depending on the complexity of the topic). After the paper was done, he would then teach that topic to his peers, so that he would have a stronger understanding of the subject.

He wrote and read every day, for two years straight.

Prior to prison, Andrew had been building tech startups, and had a successful track record of building companies before tech. He helped build a multi-million dollar company that rode the wave of CrossFit during its peak.

As he explains, “Knowing I would eventually get out, I had a desire to learn a skill that could be used to help me build companies.”

He always wanted to teach himself how to code, so as he continued to focus on his “Prison MBA Program” as he dubbed it, he started diving into basic HTML/CSS books he had friends send in.

As he recalls, “I didn’t really know where to start, so I asked my  longtime friend and fellow entrepreneur, Matt Dubois, to find some books on computer programming and send them in. I had no clue as to whether or not reading text books alone would give me the right foundation to start coding, but I figured I had the extra time. I started with beginner HTML books and worked up to PHP for Dummies. I knew about WordPress, and other CMS frameworks, and wanted to be able to get out, and start building mobile and web applications. I learned about server setup, text editors, and database structures, amongst a slew of other foundational topics. I also wrote, by hand, my first lines of code. The famous ‘Hello World,’ line of code took on a completely different meaning for me. Writing with my #2 pencil in prison, that one piece of code alone stirred something in my spirit, and gave me a complete sense of freedom in the most imprisoned place on the planet.”

The complete sense of freedom on the inside catapulted his success on the outside upon his release. He immediately created Agent Beta, his digital web design and marketing agency. He built the company from scratch with his $200 gate money, and within 6 months was able to generate six figures in revenue.

In addition, he had written two books, one all about tech called Hacking the Valley, which he self-published. The other is a hilarious comedy titled, Welcome to Prison Whitey (which is currently being edited and shopped around publishers as we speak). He also left with a myriad of essays and tutorials he created based on his coding books, that acted as the foundation to his prison programming bootcamp.

Realizing the power of his prison program, he sought to give back to the prison population. He joined The Last Mile, which is a non-profit that teaches inmates in prisons how to code.

Thanks in part to his prison experience and his coding education, he has been able to provide hands-on support to the program and participants, which is the first program of its kind.

The program itself is revolutionary, as they are teaching inmates in prisons how to code. He jokingly said, “We have a captive audience, and I know from firsthand experience the power of a successful prison program. Think about how awesome it is to go from stamping license plates to learning how to program.”

Read next: Understanding the Relationship between Your Credit Score and Business