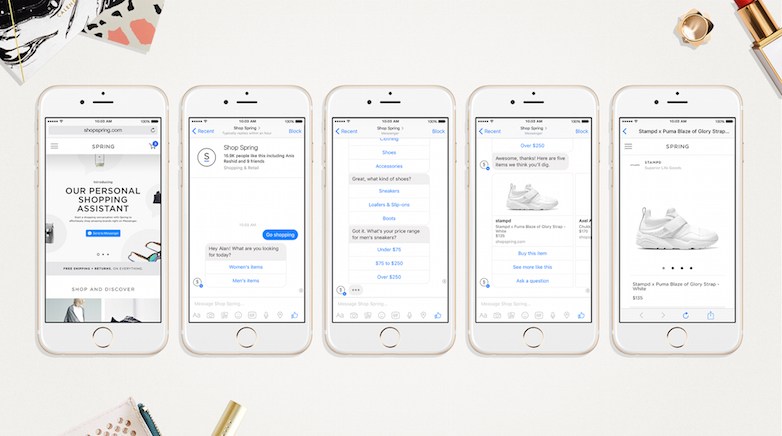 Take a leisure walk on road and observe people what are they doing? It is quite possible that 90% of people you come across are engaged in their mobile phones. What’s this new addiction all about? To get an understanding of it, you have to deep digger into the purpose of usage of mobile phones by people.

Irresistible chatting applications along with millions of other available in the App Store are the main culprit for the addiction of this pocket sized gadget. People like to stay connected and socializing and chatting apps serve this purpose at the touch of fingertips. Amongst all, Facebook has secured the top most position when talking about number of active users on social media platform.

What’s more is that Facebook also comes with a subsidiary messaging app called ‘Messenger’. The purpose of this app is to allow Facebook users to chat with each other (either one-to-one or in group) seamlessly. As per Statista reports, there were around 900 million users using Facebook Messenger for chatting in their network of friends.

A chatbot is a service that enables users to chat with robots that are either powered by rules or artificial intelligence. This concept was off recently added by Facebook Messenger, thereby expanding horizons for developers to create the best chatbot.

With the Facebook Messenger chatbot being much talked about topic, several verticals such as grocery, news, weather forecast, personal finance and many others are now coming up with their own bot to assist users and give all the required information without leaving the Messenger app.

One good reason that answers this question well has already been discussed previously with the graphical representation of number of people using Facebook Messenger. It is wise to advertise your brand on the platform that has maximum number of users, isn’t it? It is a potentially big opportunity

Depending on how smart you want your chatbot to be, you can choose to develop either a rule-based chatbot or the one with artificial intelligence:

Chabots that function based on rules can respond to only specific commands. To be precise, it gives the correct answer to only those questions that have been fed into its memory.

Advanced chatbots with artificial intelligence do not merely function based on programming or rules. It understands human language to an extent, tries to interpret the question asked by a person and provides the most appropriate answer.

Though the concept is new and big, building chatbots is not very difficult for developers. Artificial intelligence one require you to learn basics of AI, but building a simple rule-based one is a cheesecake. The functioning of chatbot depends on the purpose for which you want it to be developed. Further, the platform, say Facebook, has to be considered while its development.

Technology has opened up new ways to bring your business close to people. So make the most of it by developing a chatbot for your business soon!

Read next: Top 10 Social Media Mistakes That Can Bury Your Reputation