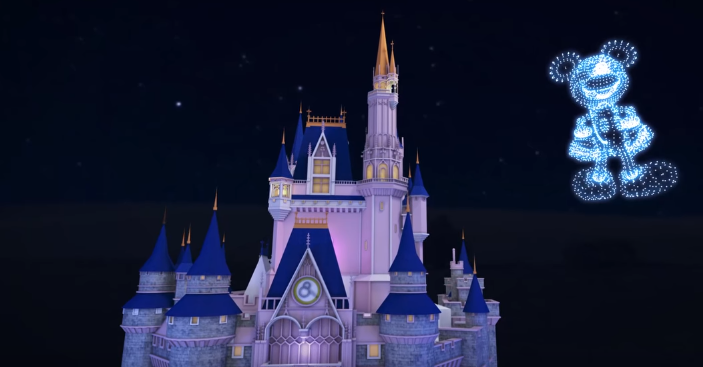 I like it when art meets science and technology. This week we got such a patent for you, and not surprisingly, it comes from Disney.

To most of us, Disney seems to be just an entertainment company. Which is true to some extent, but at the core, Disney has always been one of the most innovative technology company. This innovation culture was started by Walt Disney himself. He invented and patented the first multi-plane camera that allowed him to produce feature length movies.

At PatentYogi, we have been tracking patents filed by Disney for over 4 years now. We have discovered many cool patents from Disney that describe how Disney plans to use drones at Disneyland. It is pretty awesome.

For one group of inventors at Disney, they didn’t have to look far for creative inspiration. Disney being the epitome of fantasy, all they had to do was pull out a leaf of the Disney movie –“The Princess and the Frog”. It’s the scene where ray the firefly and thousands of his buddies put up a spectacular air dance while leading frogs to Mama Odie.

Disney has patented technology that puts up a similar air dance in reality. The invention creates amazing displays in the real world by using hundreds of drones carrying lights that mimic the fireflies.

In effect, the drones act as light pixels that can be moved around in controlled paths to create a grand visual display for people watching from the ground.

Read next: 5 Hybrid Cloud Security Challenges and Steps to Overcome Them