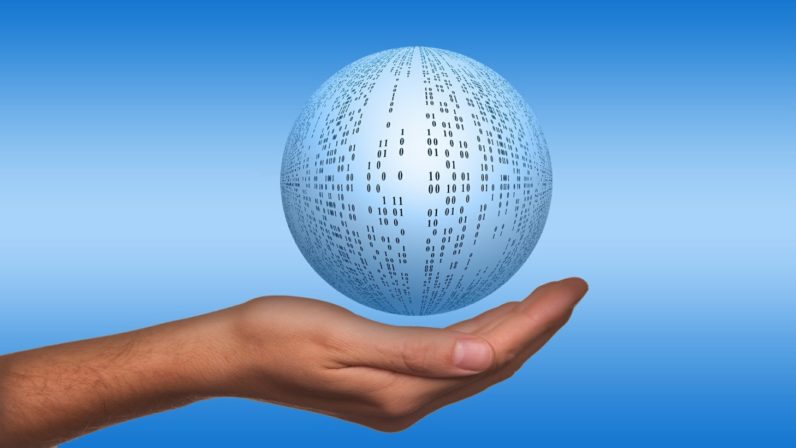 Often in the tech world, we tend to overlook the power of data can bring. I’m not talking about ‘big data’ or marketing insights…no, I’m talking about just how we move and transfer data. And while I’m going to touch later on how this all will impact marketing, one of the biggest staples in the very foundation of the tech world is about to change significantly.

What’s started with a lot of firms spearheading how one problem could be solved (I.E.: Bitcoin to Blockchain) has now transformed into foundations of growth for numerous industries. While we live in a world where we want everything instantaneously, it’s a good thing that you may not have heard as much about these sectors yet. After all, while we see so many ‘great ideas’ come and go, how we move and handle data is something that takes a long time to build up, but the payoff is going to transform the history of tech forever.

The Use of Blockchain Has Exploded

As Blockchain first became notorious for how it was used with Bitcoin, the platform has now transformed into being a beast of its own. The usage of smart contracts paired with unique ID transactions has set the stage to transform multiple industries, with data being the core of it all.

By creating a peer-to-peer platform that’s secure by design, it’s opened the doors for numerous players to enter the market. Taking note of how cryptocurrencies have moved, one of the earliest innovators have been in the FinTech industry, as a slew of major banks now have been dedicating resources to Blockchain as a method of cutting costs and streamlining processes. Additionally, there have been some significant impacts in other sectors as well, with speculation over how the platform can transform the medical industry, or even insurance, purchases, and trading.

If it seems like Blockchain has been moving at a slower rate than other platforms in tech, expect 2017 to see some significant changes, as the foundation is now in place to see how far this thing can go.

The Medium is The Message

Not only is the way we’re hosting how data moves online is changing, but the manner in which it’s going across devices is shifting as well. While many have argued that using things like Bluetooth and WiFi have become almost archaic structures, several firms are working towards shaking them up while simultaneously using the hardware we already have.

An excellent example is the startup Lisnr – a data transmission protocol that uses ultrasonic technology to send data via audio. As the world’s first platform to use ultrasonic transmissions, the platform is completely inaudible (that is, people can’t hear the data moving), the company has become somewhat of a “silent” unicorn. However, that’s not to say that the technology isn’t going to become ubiquitously used soon, as Lisnr has not only been steadily improving its core technology while implementing innovative solutions to benefit a wide variety of industries and spectrum of needs. Because it is data transmission in it’s simplest form, use case possibilities are endless.

One innovative use case scenario is their Smart Tones, which can be used as the ultimate contactless payment and transaction technology. Imagine a seamless payment at a retail checkout counter, drive-thru, gas pump, vending machine, ATM, parking meter, toll booth and more.  This can all be completed using LISNR technology and present microphone and speaker systems.

Lisnr currently has live implementations with well known clients in many industries such as sports, broadcast, live events, retail, and automotive. Consumers will find themselves using LISNR to engage with their live environment or broadcast through synchronized content, seamlessly check-in to an event, or effortless pay for their shopping cart items all using only their mobile device and sound.

Even as unnoticeable the firm may be to your average consumer, companies like Lisnr and other businesses have slowly but surely been making the way we transfer data change forever.

Data is a marketer’s best friend, so it’s natural that the improvements in it are moving rapidly. Much of the early innovations that have been happening in the tech world have quickly become put under microscopes by marketers in looking at how to capitalize off these things. And so far, they’re off to a running start.

As mobile has dominated our consumption of media over the past couple years, it seems as though marketers have caught on to a lot of the individual interactions that occur with our phones. For example, as peer-to-peer interactions feel more personal, we’ve improved AI significantly to better serve as chat bots as well as customer service response. Additionally, as VR is becoming more widespread, marketing perspectives are going through the roof in that arena as well. Yes, it seems as though with all the different sources that data can pull from, marketers are going to be able to synthesize these efforts into more meaningful experiences for consumers much sooner than we expect.

Read next: How The Internet of Things is Impacting Fitness in 2017