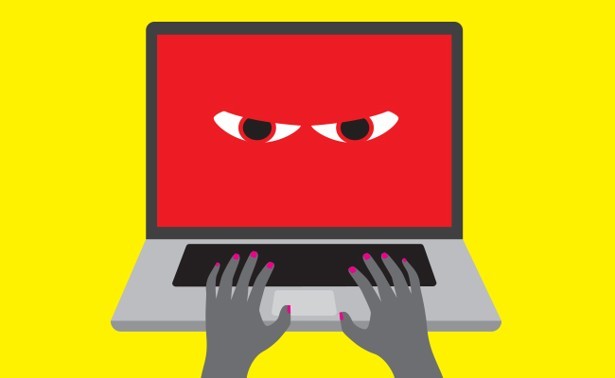 Likewise, there are two facets of technology as well. If it has brought many comforts in your life that you had never expected or experienced before, then it has also dragged in many bad possibilities with it.

Cyberstalking and Internet harassment are amongst the bad aspects of it that top the list.

If you notice someone sending you inappropriate emails regularly or following you on every social account even though you don’t him, you are being cyberstalked.

Cyber or online stalking involves the abusive use of technology (the Internet)to harass people, monitor their every move online, follow them on every social network, send them threats-imbued emails, make insulting remarks, make sexual harassment attempts, and publicize their sensitive information.

All in all, cyberstalking is a menace that can lead to every type of physical or mental harassment that can destroy not just your privacy and but also your life.

The worst part is that the stalker can be any person. He/she can be one of your ex-friends or friends of friends, your ex-spouse or partner, your next-door neighbor, your longtime classmate, your office peers and even someone sitting next to you in a cafe.

Regardless, Cyberstalkers are people who want to destroy your relations, your friendships, your self-esteem, your career, and even your peace of mind. In fact, cyberstalking is so frightening that it has led many victims to succumb to their stress or anxiety.

To fight these minters, disguised as humans, it is necessary to understand how their brain works and what leads them to such monstrosities.

The Anatomy of a Cyberstalker

Cyberstalkers are humans just like us, but with a lot more arrogance, aggression, desperation and obsession than us.

While talking to a Newsbeat report on BBC on the topic of Cyberstalking, Psychologist Dr. Emma Short sketched a perfect profile of a Cyberstalker.

Dr. Short says that Cyberstalkers, “tend to be quite anxious and could be suffering from anxiety, depression, stress or another addiction.”

“They seem to be quite isolated and have a lack of social support which could be a result of it falling away because of the amount of time they are online,” she further added.

She says that online stalkers are usually Internet addictsss, and since they tend to spend most of their time online, they find it harder to connect with people in the real world. As a result, they tend to seek online relationships which lead them to further obsession and ultimately harassments.

According to the Bureau of Justice Statistics on stalking, 1 in every 4 stalking victims have experienced some form of cyberstalking or cyber harassments through e-mail (83%) or instant messaging (35%).

Sometimes, most cases of cyberstalking stalking leads to cyberbullying, before turning into online or sexual harassments. According to a research on cyberbullying facts, victims who are bullied online have a greater tendency to consider committing suicide as the only option to stop being bullied.

The above facts illustrate just a tip of the iceberg since these statistics are taken from cases that came to light. If truth be told, there have been many victims that have never surfaced or publicized their stories due to perceived embarrassment or anxiety.

Still, if you look around on the Internet, you can find many cyberstalking or online harassment cases that tell the terrorizing obsessions and crimes of cyberstalkers.

Take for instance the widely-publicized suicide story of Amanda Todd, who was cyberbullied

The teenager used to video chat to meet and interact with new people. Once she made an innocent mistake by flashing before a stranger on a webcam. The stranger turned out to be a cyberstalker who began to harass her on social networks and even started circulating the indecent screenshot.

Consequently, the victim succumbed to her death by suicide, not before posting a video on YouTube telling her tale.

Johanna Alperin is yet another victim of cyberstalking who was involved in a 6-year hard battle against the Cyberstalker who victimized Johanna through stalking, harassment, threats, and whatnot.

These cases seem to be growing without much fear, even though there are many Internet harassment laws in place. For instance, the harasser may face jail time upon being charged guilty. Yet, the urge to harass or stalk someone tend to overcome the fear of law for these Cyberstalkers.

Hence, it is best to stay cautious of things that could lead us to become a victim of cyberstalking.

There are many preventive tips that you can consider to prevent and stop Cyberstalkers at their track.

As mentioned earlier, cyberstalking and Internet harassment have become a widespread menace, which if not stopped may lead to continuous sufferings and casualties.

To help spread the word, PureVPN, a Hong Kong based VPN provider, has taken the initiative to fight against cyberstalking. As an individual it is our job to join hands and start spreading its awareness and educate people how they can prevent cyberstalking.

Read next: How AI is changing the landscape of business marketing?