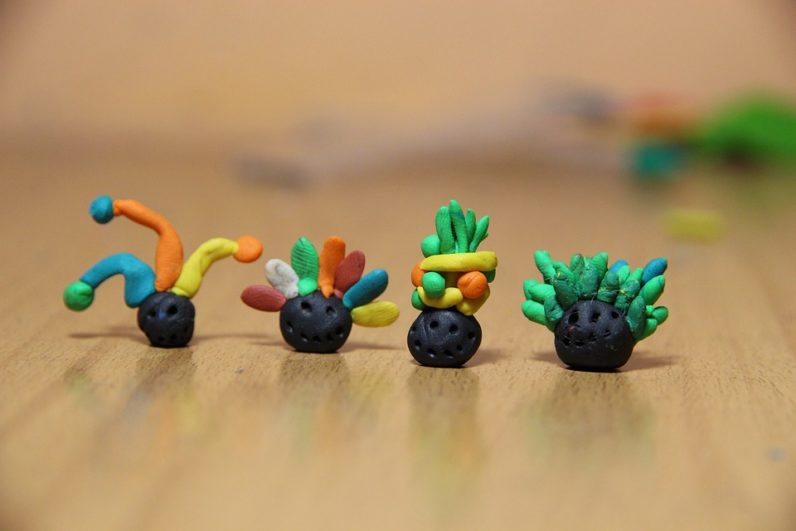 Creating new things is real hard – the process can be painful. There’s all that self-doubt too – boo hoo my stuff’s rubbish – but does it make you happy in the end? According to science yes, it does. And not only that, the happier you are the more creative you become too… erm, so remind me what’s stopping you?

One sure fire way to quash your creativity according to scientists is to try to make, do or build anything when you’re feeling down in the dumps.

Black moods, grumpiness and negativity towards the world, your job, your life or your ex, means that you’re likely to be far less creative. Scientists have tested this over and over.

In one study, researchers made feel people happy or sad by getting them to remember positive or negative times in their life (that sounds pretty mean but scientists ARE mean).

Then, they gave them a bunch of creativity tests and measured the results – and yes, people who were made to feel rubbish performed poorly whereas people who remembered happy events performed well.

Psychologists have even fiddled about with levels of dopamine in their subjects’ brains to chemically induce feelings of sorrow or happiness – then measured how good they were are doing creative things. They found similar results.

When you’re feeling relaxed and chilled out you could say that you’re in a good mood – but these researchers found that being in what they call a ‘passive’ positive mood wasn’t going to do you much good creatively-speaking.

So, you might feel quite content slobbing out on the sofa watching Game of Thrones stuffing your face with M&Ms – but it doesn’t make you creative (it will also make you the size of small family car).

The researchers find that it’s only when your passive mood becomes active – when you start to feel excited, or joyful – that the creative sparks really start flying around.

Okay, so far, so creative.

So it looks like feeling upbeat is good for your creativity and feeling really happy makes you a creative dynamo. But let’s flip that around.

Can the act of being creative – making, doing, drawing, writing, baking – make you happy and improve your wellbeing?

Here the academic egg-heads aren’t as clear but one study tries to get to grips with the topic.

Here, researchers recruited a bunch of undergrad students and either gave them creative or non-creative tests to complete.

The creative tasks enabled them to play around with ideas and dream up solutions to problems where the non-creative tasks were more about getting an answer right or wrong.

Once they’d taken the tests, the scientists measured their happiness levels.

But not only that. They also found that people who’d just been told that they were going to be given a creative task to do (but not actually been given it) reported feeling happier.

These scientists found that just thinking about doing a creative task and solving a creative problem can make you happier – actually doing the task made them significantly happier.

You might think it’s just because creative tasks are just more fun to do – but the researchers took pains to make sure both types of tasks were equally hard.

The creative tasks were difficult to solve – but they gave the subjects something else. But what?

Another study might have at least part of the answer – and it’s something to do with something called flow – a kind of meditative state that we get into when we get creative.

These scientists collated results from 500 people across four countries. They conducted a series of tests in which people were again, given a range of tasks designed to get the creative juices flowing.

Afterwards they asked people a range of questions about how they felt during the tests.

The questions were designed to help the researchers understand two things; how absorbed the person was in the task and how autonomous they felt when they were doing it – in other words, whether they were experiencing flow.

They found a link between how happy people said they were and how absorbed they were in a task.

They also found a link between happiness and autonomy – when the students felt they were free to express themselves – this boosted their mood.

So, whilst it’s true that being creative does make us happier, it’s not because it’s fun paint a pretty picture or sing a song.

These researchers found that being creative makes us feel more absorbed and in the world and more free to express ourselves as people and human beings – and it’s that which makes us happy.

Read next: GIPHY's original sports reactions from the big game!