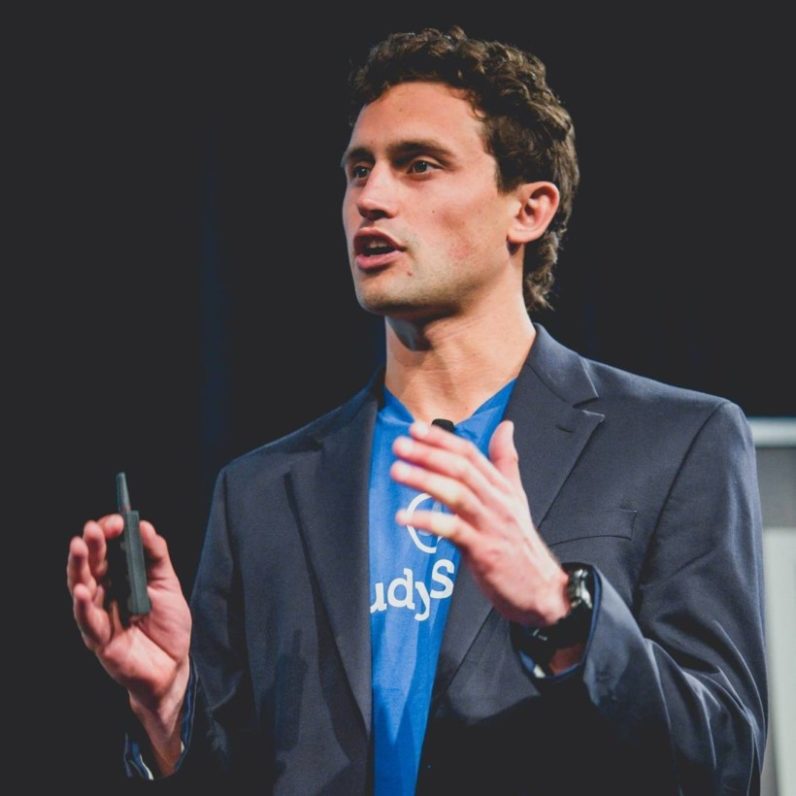 Generation Z is an anomaly of sorts. They’re the first generation to truly grow up with the internet (that is, they haven’t known the world without it) and have quickly become one of the largest age groups out there. As this generation are now entering college, they want their technology to be just as embedded in their education as it’s been in every other aspect of their lives as well.

More students today are using digital tools to study more than ever before, and it doesn’t look like that trend is slowing down anytime soon. And as Silicon Valley is scrambling to keep up with the demand, there’s one startup on the rise that’s been rising to the forefront.

StudySoup is a peer-to-peer learning marketplace that allows users to share their notes all online. As a two-sided marketplace, it pays what they call “Elite Notetakers” to post their notes on the site and in exchange, their classmates can access them via a subscription. Not only do they take the Uber/AirBnB model to the college campus, but they do it in a way that’s had a proven need time and time again.

In 2014, Sieva Kozinsky and Jeff Silverman founded StudySoup after facing a problem almost every college kid goes through: they lacked the resources they needed to do well in class. Particularly for Kozinsky, he had a professor he couldn’t understand but noticed the girl next to him had well drawn out notes detailing everything to a T. With that inspiration, StudySoup was born, which has now grown into one of the most innovative EdTech platforms out.

With 1.5 million college students served, over a million unique documents created, and hundreds of thousands of people using the platform regularly, it’s not hard to see why the firm has been such a success. Starting from day one of classes, they’re available for students all the way through exams, giving themselves a leg up over traditional resources. Additionally, as a completely digital platform, students have access to any notes they need anytime or anywhere. Oh, and they’re helping students make a fair amount of money too.

While building a two-sided marketplace can be tough, it’s also been one of the most popular business models coming out of the tech world in the past few years. Yet, where StudySoup differs is their ability to raise their users up; while there’s a curated process to becoming a paid “Elite Notetaker” (many of which include Master’s and Ph.D. candidates, Kozinsky notes), StudySoup pays their notetakers regardless if any they gain any traction. However, what’s even more impressive is the behavior this model could eventually transform into.

For example, if I’m a student seeing someone make extra money by doing what I’m already supposed to be, wouldn’t that make me want to step up my game to their same level? And who knows? Maybe this potentially will cause more people to go after their Master’s or Ph.D. as well.

Another fantastic feature of the community is the quality of content produced and how it’s being delivered. In speaking with Kozinsky, he mentioned how a lot of the more rigorous subjects have been their most frequented, including Engineering, The Sciences, and Mathematics. While it’s known in academia that these courses are some of the most intense, that’s all the more reason to look out for additional resources. Having quality notes in these fields can make a huge difference, so much that their success has been staggering.

In looking towards the future, Kozinsky has said that there’s been a lot of users asking for on-demand services. He additionally hopes to expand on the four core services they offer in class content, textbook content, homework help and tutoring. While the StudySoup team is working tirelessly to have all of this up and running seamlessly, he’s promised that they’re going to continue on with what StudySoup is all about: creating an individualized learning experience for both the student and the tutor.

As technology has shifted Generation Z into desiring more personalized experiences, StudySoup has positioned themselves as a perfect blend to their digital educational needs.

Their peer-to-peer model is not only reminiscent of the apps GenZ already enjoys but allows them to get paid while doing it; and as the gig economy has been rising, so has the demand for more ways to make money. Additionally, StudySoup can provide a very human experience through digital means, as it offers a way for classmates to connect. With a great format to adapt to the ever-changing tech world of GenZ and their college experiences, StudySoup is primed to make an impact on the peer-to-peer college network for generations to come.

Read next: Here's 4 apps that can start saving you money today