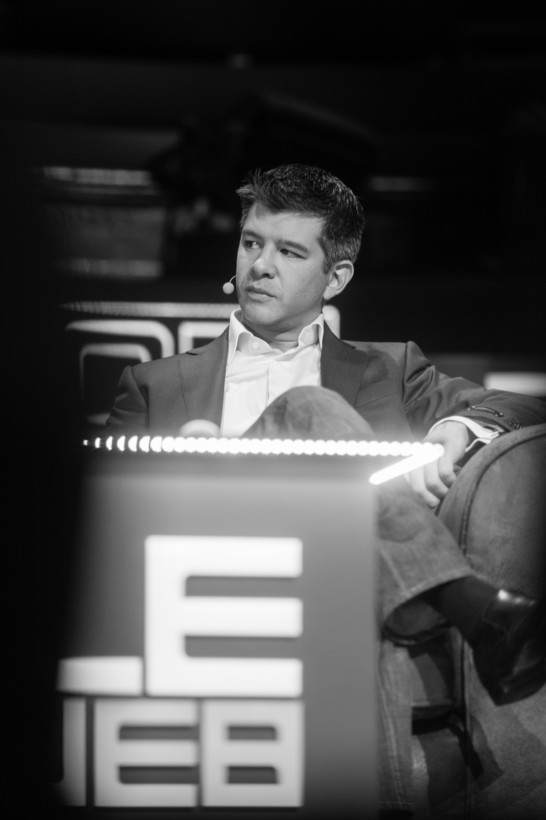 Have you ever had a really bad dream that you just couldn’t wake up from? You know the kind: You’re being chased by a crazy axe-murderer, or evil clowns, and it’s like you’re running through quicksand, and no matter what you do, you just can’t seem to escape them.

That’s what I imagine that last month and a half or so has been like for Uber’s PR team. As a PR professional, I wouldn’t want wish this kind of coverage on my worst enemy. In case you haven’t been paying attention, let’s just run through some of the big stories that broke about Uber in the last several weeks.

The truth is, there were even more stories and the conversation is much larger and broader than this. The fact that it’s so hard to collect all the incidents in one place is a testament to the gravity of the PR storm that Uber faced.

Now don’t get me wrong, it certainly seems that Uber deserved a great deal of the negative coverage it’s receiving. The allegations that the company condoned sexual harassment are especially worrisome. But this situation also presents me with an interesting thought experiment. What advice would I provide to Uber, or any company for that matter, facing this kind of negative PR firestorm?

Tip One: Be Transparent and Take Responsibility

If you’re facing a real crisis and the whole world is talking about it, trying to hide the problem isn’t going to work. In fact, it will only make things worse. You need to own up to whatever went wrong, be honest about your mistakes, and explain how you’re going to solve the situation.

To his credit, after the video of his fight with an Uber driver was blasted across the web, Kalanick released a statement apologizing for his actions:

“It’s clear this video is a reflection of me—and the criticism we’ve received is a stark reminder that I must fundamentally change as a leader and grow up. This is the first time I’ve been willing to admit that I need leadership help and I intend to get it.”

The honesty and transparency in this statement is a good first step. And if it were any other company, this apology might have been enough. But this is Uber we’re talking about; bad PR seems to follow this company like a dog chasing its favorite toy.

However, if you’re looking to apply this lesson to your own business, Kalanick’s statement is worth further scrutiny. When you are transparent and take ownership of a crisis, it cut’s down on further paths of criticism. If your company is already receiving public opprobrium for doing something wrong, taking responsibility (when warranted) demonstrates responsible behavior and can help you win back credibility with users and the media.

Tip Two: This Too Shall Pass

With the nature of modern news cycles being what they are, there’s a good chance that your PR crisis will disappear from the headlines in 24-48 hours. That’s how long a news cycle lasts and after that, it’s on to the next thing.

So in that time it’s important to be transparent and address the problem, but it’s also important not to take any steps that will do permanent, irrevocable damage to your brand or company. Most important, is that you remain calm and behave respectfully. It won’t help you at all to try to shift blame to a partner, to your users, and certainly not to the media who is covering the crisis.

Now, this is an important point: You should never pick a fight with the media. You will lose. Every. Time.

Even if reporters are saying something about you that isn’t true, you should work to correct the coverage, but not in a way that is aggressive or antagonistic. Unless there is a clear, and easily provable factual error in the coverage, there isn’t a reason to seek a correction. You can always provide a comment, but that comment must be productive and positive.

It’s surprising how often I’ve seen people ready to go to war with a journalist, so forgive me for quoting the Art of War: “He will win who knows when to fight and when not to fight.” If it’s good enough for Sun Tzu, it should be good enough for your PR strategy.

Tip Three: Do Better, Be Better

I know this sounds obvious, but the truth is it’s essential. Messaging and spin can only get you so far. If you don’t have a good product, or in the case of Uber, a good company culture, it’s going to affect the coverage you receive in the media.

I often work with tech companies launching new products and apps. If the product isn’t ready to be released, it’s my responsibility to be honest with them, and tell them about the flaws in their product and how it will impact media coverage. That means that my advice to Uber would include the admonition that the company needs to deal with the issues that sparked all of the negative coverage. Good PR can’t make problems disappear.

One of the most famous examples of a company that improved its product following a PR disaster is Tylenol, which famously pulled all of its products of the shelves when it was discovered that some bottles of the medication had been poisoned back in the early 80s. In addition, they unveiled new tamper-proof packaging to deal with the problem. The bottom line is that they faced the problem head-on, and made a better, safer product.

There are two key lessons here. First, always strive to build the highest quality products. Businesses that understand the value of reputation and the relationship with their customers/users are less likely to stumble into a PR crisis in the first place. Second, if you make a mistake, all of the PR spin in the world won’t be able to cover it up. You can’t avoid fixing the problem. PR can help demonstrate that the problem is fixed, but isn’t a tool to do the actual fixing.

Of course, the best way to deal with a PR crisis is to avoid falling into one in the first place. Sound marketing and messaging practices can help you avoid the minefield of bad PR. This includes careful planning and timing of all major releases and taking the time to build strong relationships with the media by giving them stories that provide them and their readers with value. It also means managing the expectations of your users by honestly communicating with them about your plans.

Unfortunately, mistakes happen and unpredictable events can lead to a crisis. After all, even the most secure apps can be hacked and the safest products can still fail. Sometimes, in spite all of your best efforts, you will find yourself in a PR crisis. The most important thing is to remain calm, be honest, and remember that if you believe in your product or business and you know in your heart that you did the best you could do, you can always find a way to navigate your way out of it. Unless you’re Uber. They just seem to be able to navigate their way to the next, even more, terrible crisis.

Read next: Technology That Every Successful eCommerce Entrepreneur Needs to Succeed