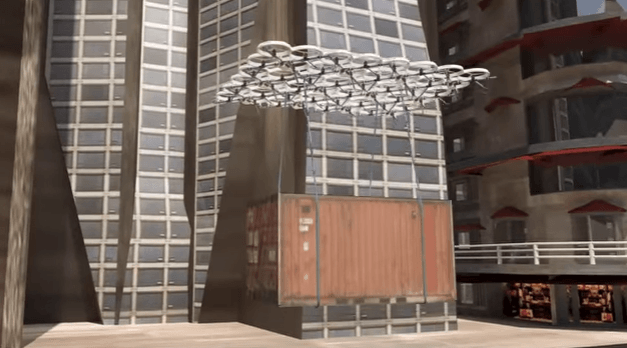 Boeing may have solved the transportation problem forever.

Helicopters and similar lift vehicles are commonly used to lift payloads and transport them from one location to another.

Boeing has developed a unified lift vehicle that can be quickly reconfigured based on the weight and size of the payload.

The universal lift vehicle is a modular vehicle system that includes multiple drones which can be connected together. Each drone will have individual capacity to carry a certain weight. Therefore, if the weight of a payload is less than the capacity of a single drone, then a single drone is used to transfer the payload. However, if the payload is heavier than the capacity of a single drone, then multiple drones are connected together to build a lift vehicle that can carry the heavy payload.

Drones are expected to be used for transporting objects and people in near future. The universal lift vehicle patented by Boeing could be widely used as it provides a lot of flexibility for various end users.

Read next: Excellent Strategies To Improve And Maintain Engagement In Mobile Apps