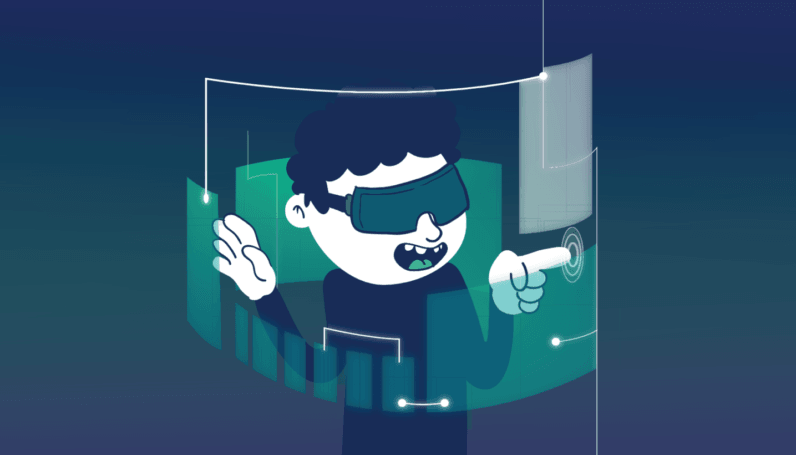 They say ignorance is bliss, but in the world of virtual reality, even the implicit things have the power to become real and factual. With the technological hike and advancement, the virtual reality is the new truth. One can’t ignore its importance in today’s era of the modern technology. And, this is the reason why the big shotguns have started taking a dive to invest into Virtual Reality (VR). When with a simple and easy to use VR headset one can give a vivid range of virtual experiences, it’s worth taking a chance. An amazing VR headset has the ability to take you to the rollercoaster ride of another world – full of exciting stuff to ponder upon. It didn’t take much time for the latest technologies and trending gadgets to make a pronounced place on the market.

With every passing day, companies are putting so much effort to improve and enhance both VR hardware and software. They are not just limited to putting a satisfying 2D or 3D video versions and audio content, but the advanced features like hand controls, haptics and ambisonic audio are also encompassed by them. Even the inclusion of aroma effect is an additional perk in the modern VR headsets. Since getting a VR experience is a new cool, people relate more to the devices that come with VR headsets. Being modern and trendy, they are not only engaging but highly appealing to the class as well. No wonder people nowadays want to remain updated with the ongoing and trending innovations and devices. That is why big brands are not leaving any stone unturned to prove their worth in this field.

When the world is slowly drifting towards virtual reality, the question arises whether there is any place for blogging and content marketing to exist in the virtual reality world?  When people are getting addicted to the experience, the five senses through a virtual experience only, is the scope of blogging still prevails? Well, the answer is definitely – Yes. With so much to endow, Virtual Reality can still be regarded in its infant stage. The reason is the lack of know-how about it, along with the high prices of compelling virtual reality headsets. Although it has gained a foothold in the market recently, a sneak peek at the major features it endows to the customers could only be explained with the help of blogging and great content. Content marketing can be regarded as a potential way to give new heights to the world of virtual reality, be it within the virtual reality experience or out.

The tech giants are setting new standards in the world of virtual reality. Be it the amazing features of the device or the impressive environments they create for the users. Some of the highly appreciating efforts are made by companies like Sony, Samsung, Jaguar and Volvo. They have equipped their VR headsets with amazing and mind blowing features that compel the customers to take an insight into them. While Jaguar promotes the Wimbledon Championship through it, Volvo provides a cockpit view of its newbie wheelers – an incredibly powerful form of informational content marketing. One can take a virtual test drive through it. Convincing enough to use them, right? Even the National Geographic Channel lets its viewers take an insight into the National Parks with the help of what we now know as virtual reality. When virtual reality is capable of making so much of clamor in the modern world, who would endorse it? Of course, a blogger or a content writer.

It won’t be an exaggeration to say that the demand for content in this sector would increase considerably and the future of blogging and content consumption would shoot up manifolds. Before investing in any product, people peek on the content that could enlighten them with the potential pros and cons of it. Traditionally, they would look into magazines, watch a YouTube review or read a product comparison on someone’s blog. But in a very near future, people would have a chance to virtually see and feel the product before making a final decision.

However, as VR is still at its infant stage and is primarily available and dominated by the big ‘players’, bloggers have gained the opportunity to discuss the potential and future use of VR – while it’s not entirely available to the mass (mainly due to high cost and limitations).

Since the cost of even a normal VR headset is relatively on a higher side, people obviously want to get a thorough knowledge about the product, which covers all the related aspects of it. It takes twice the effort and money to manufacture a VR video as compared to what a normal video would cost; therefore the price is considerably higher. The utilisation of multiple cameras, software and technologies lead to make them really expensive.

Even the companies that have indulged themselves into the manufacturing of trending VR headsets employ content marketers teams to get the word out. Whatever the buzz virtual reality makes, it would be incomplete without proper, advanced content marketing and its consumption in the real world. In today’s scenario, the market is flooded with numerous virtual reality headsets and all that a buyer would look upon is the right piece of content to splurge upon before investing in it. With so much competition, tech giants are on the verge of introducing every new technology in their VR headsets to make it more alluring. And, it’s a no-brainer that every new piece of technology comes at a higher price.

Being expensive is not everyone’s cup of tea. Appealing content and great reviews are all that’s needed to make any product reach its zenith. And since VR headsets are the need of modern era, be it in the field of entertainment, education or amusement, a great piece of content could help it make a big hit of the time.

So, in a nutshell, we can say that blogging and content marketing will never go out of scene whether it’s about virtual reality or within virtual reality.

Read next: 10 Things To Note In Buying A Printer