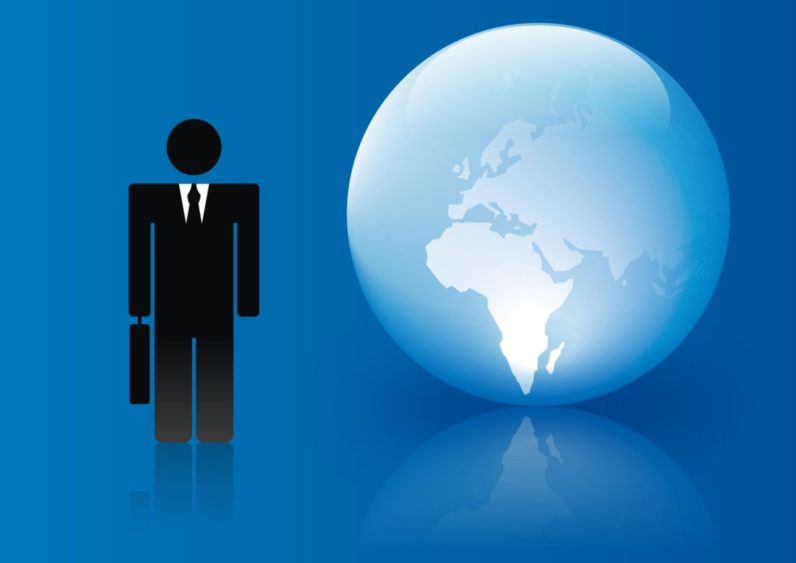 In the early 1960s when American computer scientist Paul Baran described the concept of packet switching, the underpinnings of the Internet, nobody would have believed that in 30 to 40 years we would all have immediate access to the entire scope of data generated by humanity for thousands of years, in just one click. It seemed like a science fiction scenario that only a few took seriously.

The thing is, society evolves exponentially, and at their outset, cutting-edge technologies are never mainstream. General audiences find them too complex, bizarre and unrealistic. For instance, long before the Internet, people did not believe in paper and printing. Yet, when Johannes Gutenberg printed his 42-line Bible, he changed the world forever.

Blockchain technology has fallen victim to that same kind of thinking. Though it is likely to become the next big thing, most people have never heard of it, or they find it too complex to fathom.

Of course, cryptocurrency, the blockchain, smart contracts, oracles, and ICOs are not easy concepts to grasp, but they promise to fundamentally change the way the society functions.

These new technologies propel an entirely new kind of Internet revolution. The Internet has allowed us to exchange information, but cryptocurrency and blockchain will enable us to exchange value. Power is delegated to individuals by providing a viable alternative to centralized control systems, such as lawyers, realtors, brokers, online payment systems, banks, and other middlemen.

Blockchain tech has the potential to revolutionize the global economy. Specifically, it can become a huge boon to small businesses and startups. Savvy entrepreneurs who adopt blockchain and smart contracts will be able to easily solve many of the problems small businesses usually face.

There is one problem, however. Non-tech companies and small businesses are not equipped to begin using blockchain, right off the bat. The blockchain is rather complex in a technical sense and consequently, pretty expensive to implement.

The good news is those small companies do not have to do the heavy lifting on their own. Opporty.com, a crypto-enabled, lead-generation marketplace, brings best of the two worlds – on-demand and blockchain – to ordinary businesses. I asked Sergey Grybniak, founder of Opporty.com, to tell us more about the startup.

The fundamental problem of trust

For centuries, small businesses could not function without centralized control systems – banks, courts, or government – because they needed middlemen to establish authority and trust between themselves and consumers.

Most small businesses do not have a brand that users implicitly trust based on its history, authority and business image. If potential customers are not familiar with your company, they will not convert unless their rights are protected by a third party.

Opporty.com solves this problem. A blockchain-powered marketplace, Opporty establishes trust through smart contracts. A distributed public ledger, blockchain stores data about transactions (i.e. smart contracts) across a network of independent nodes. Should one node be destroyed or manipulated, it will not corrupt the entire network.

Blockchains are safe, indestructible, and immutable. They are so difficult to tamper with that it is not financially viable to try to hack the network. This guarantees security, preservation, and immutability of Opporty’s smart contracts.

Neither companies nor clients can tamper with a blockchain, which adds a layer of trust and security to B2B and B2C transactions. If Company A signs a smart contract with Company B, they will both have to stick to the terms; and even if a problem arises, it will be efficiently solved by oracles.

Blockchain-powered smart contracts are designed to be automatically executed, based on defined parameters. This is a groundbreaking advance that simplifies the administration of commercial contracts.

When a regular contract is signed, the parties are protected from breach and rancor by the existing law and courts. Unfortunately, they do not guarantee that a contracting party will comply with the contractual terms and conditions.

When Company A refracts the terms of a traditional contract to benefit its own interests, or engages in fraud, Company B has to press charges and bring the case to court. However, In many instances a court case is not financially viable. Lawyers are expensive and the judicial process can take months or even years, making it more cost-efficient to just drop the case.

Strong smart contracts executed at Opporty.com solve this problem. Not only do they raise the costs of any breach, but they also cut intermediaries out of the picture.

Any smart contract is a digital document executed in code. Every term of the contract is reduced to simple “if-then” statements, which removes ambiguity and lessens the parol evidence problem. Once it is in place, no one can claim that they misunderstood the terms of a smart contract or try to revoke or modify it.

Put most simply, strong smart contracts allow small businesses to solve legal problems without recourse to the courts, through oracles and Escrow. This helps them streamline business processes and significantly cut expenditures.

In reality, though, only big corporations, not small businesses, have the resources to establish full-scale, in-house blockchain networks or develop customized apps on, say, Ethereum.

Blockchain is still in its infancy, and the barrier to harnessing the technology is high. Small businesses have to rely on third-party platforms to take advantage of blockchain technology, which is not entirely a bad thing.

For instance, Opporty.com not only implements blockchain, standardizes smart contracts, and administers smart contracts through oracles and Escrow, but it also allows companies to access entirely new markets.

Blockchain and smart contracts are mostly just hype right now, but even though they are far from widespread adoption, they are supported by powerful communities. Cryptocurrency enthusiasts are valuable prospects that can strengthen the bottom line of any small company.

The revolution is due

The creators of cryptocurrencies may be the smartest people on the planet, but that does not make their invention indispensable or irreplaceable.

While blockchain and smart contracts provide a powerful alternative to centralized control systems (government, legacy systems, financial institutions, etc.), we, as a society, may not yet be ready to embrace individual autonomy. Traditional systems exist for a reason, and, by definition, they work pretty well.

Corporations are making inroads into implementing blockchain and smart contracts. However, small businesses lag behind. They are too afraid of the cost of switching and, in most cases, do not know how they can benefit from adopting new technology.

Will small companies start using blockchain and smart contracts, then? At least they can test the waters with Opporty.com. The platform offers them a unique opportunity to enjoy the benefits of blockchain – safety, decentralization, reduced costs, and additional sales channels — without the immense costs of development.

Read next: Easy Guide on How to Secure a Business Loan