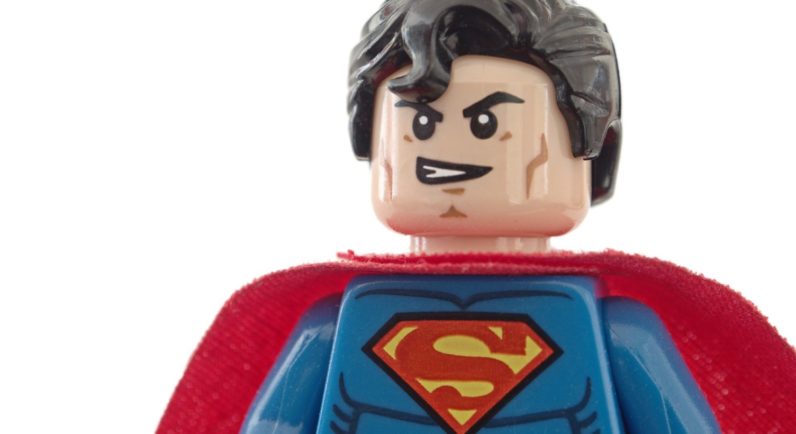 We all love a big name.

There’s something enticing — borderline seductive — about a person larger than life. Call it the “cult of personality” if you want, but we’ve always been drawn to the miracle workers. We might not elevate black magic today, but ours is an age of headliners, gurus, and yes, even superheroes.

There’s only one problem: “Superheroes can’t save you.”

That’s not my opinion. Those are the words of Nathan Chan, publisher and editor of Foundr Magazine. If anyone should know, it’s him. Since its launch in March of 2013, Foundr has amassed a monthly readership of over one million and is a top 10 ranked business magazine in App Stores. How’d they do it? Through featured interviews with the biggest names in business like Richard Branson, Tony Robbins, Tim Ferriss, Arianna Huffington, Steve Case, and even The Next Web’s co-founder Boris Veldhuijzen van Zanten, just to name a few.

Hearing that superheroes can’t save you, especially from a guy like Chan, sounds strange. But it’s not. In fact, nothing could be more fitting.

A Brand Built on Superheroes

The first day Foundr launched, it made a made a whopping $5.50. Not a promising start. But before jumping in, Chan swore to himself he’d commit at least 12 months to his “passion project” and see what happened.

Unfortunately, that launch wasn’t the worst of it. Almost immediately after getting off the ground, the company got hit with a lawsuit over its original name. As Chan explains:

For my first business, it was really traumatizing [to get sued]. It was a crazy stressful time. But I learned that if your gut tells you that something is not right, you should definitely trust it and you should always err on the side of caution.

Despite the setbacks, Chan stuck to his commitment and now sees the suit as a “beautiful thing.” Not did it toughened him, but, “If I hadn’t been sued, I would still probably have our original name. And the original name was terrible. The brand would not be as strong as it is now.”

After renaming, Chan did more than just persist. Foundr set its sights on business legend Richard Branson and, miraculously, published Issue 8 — From Idea to Empire — with Mr. “Letsgo” on the cover. 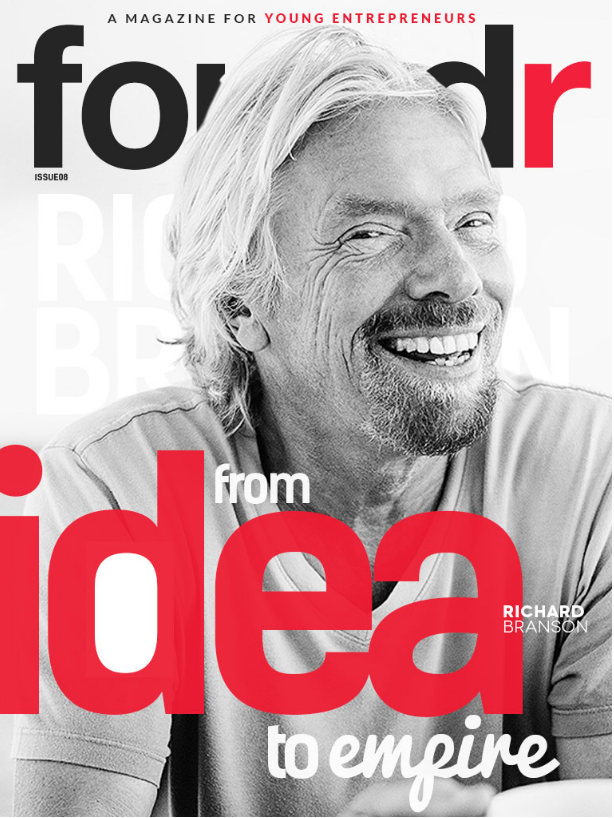 “It can be a challenge not to let failure, or negativity from others, prevent you from going after what you believe in. However, it’s important to face these challenges head on and give them a go. … Don’t beat yourself up if you fail. Just pick yourself up, learn as much as you can from the experience and get on with the next challenge.”

Delightfully, that second need is precisely what supported Chan in the process of going after Branson himself:

My approach is to reach out to the gatekeeper — the person filtering requests — first and make them look good. Getting through takes persistence, a lot of persistence. There’s tons of ‘call us later,’ ‘email us again when,’ and no responses. You just have to keep going back.

Branson was a huge get and the same approach led to landing a host of other business superheroes. Naturally, the temptation would be to think that a man who’s built his brand on superheroes would do the same in his life.

A Success Built by Humans

To say “superheroes can’t save you” doesn’t mean their advice is worthless or that developing influential relationships doesn’t open doors. However, after connecting with big name after big name (after big name), Chan’s learned one thing above all else:

They’re no smarter than you or I, bro. They’re just everyday human beings. We all stand on the same solid ground. We all bleed. They are not superhuman. They are all exactly the same as you or me.

For the most part, they take risks, they learn from others, they hustle extremely hard, they fall on their face all the time, but they keep going, they set goals, and they want it bad enough.

Far from being a downer, that’s actually good news.

Superheroes can be inspiring. But as long as they remain “superhuman,” there’s a disconnect, a distance between who they are and what they do versus us. After all, if we’re not superhuman, how can we mimic someone who is?

The myth of the modern superhero is seductive, powerful, and a lie. In Grit: The Power of Passion and Perseverance, Angela Duckworth puts it like this, “[T]he most dazzling human achievements are, in fact, the aggregate of countless individual elements, each of which is, in a sense, ordinary.” Likewise, quoting billionaire investor Paul Graham, Ryan Holiday’s Ego is the Enemy explains, “The way to do really big things seems to be to start with deceptively small things.” Perhaps best of all is Dan Chambliss’ assessment, who for six years studied Olympic-level athletes and coaches:

Superlative performance is really a confluence of dozens of small skills or activities, each one learned or stumbled upon, which have been carefully drilled into habit and then are fitted together in a synthesized whole.

There is nothing extraordinary or superhuman in any one of those actions; only the fact that they are done consistently and correctly, and all together, produce excellence.

Chan, Duckworth, Holiday, Chambliss, and Branson are all saying the same thing. The way toward greatness isn’t to elevate other people nor even ourselves. Why?

Because in the end, it’s not so much that superheroes can’t save you. It’s more that they don’t really exist. In Chan’s words, “If someone else is doing it, so can you.”

So can you, that is, as long as those someone elses are human … just like you.

Read next: 5 Challenges Millennials Face At Work And How To Deal With Them