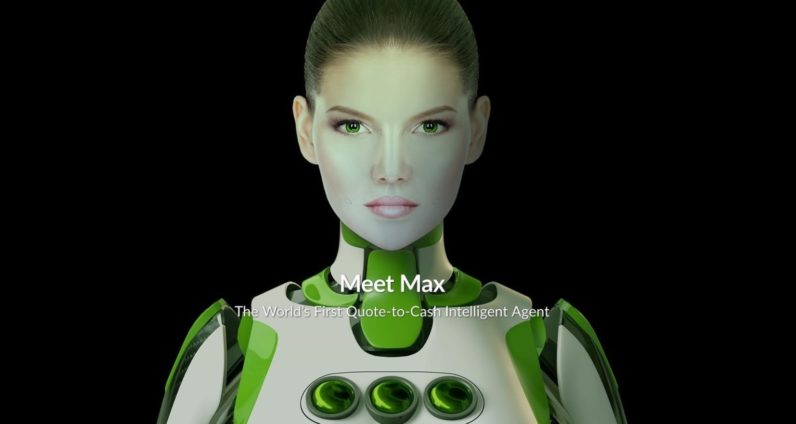 Around 3,500 representatives from the largest enterprises in the world braved the unseasonal heatwave in San Francisco to attend the Apttus Accelerate conference over in Pier 48 last week. As the doors opened for the show, word spread quickly about the quote-to-cash solution provider being recognized as a visionary in the 2017 Gartner Magic Quadrant for the second year in a row.

As the digital transformation increasingly becomes a critical priority for many enterprise organizations, Apttus is gaining quite a name for themselves. Behind the technology on display, the backbone of the event was around increasing internal speed, accuracy while also being very careful not to neglect the all-important intuitive customer experience,

The Aptus team also unveiled the Max, the world’s first quote-to-cash virtual assistant. Live technical demonstrations at industry events in front of some of the world’s most influential brands was an incredibly bold move that paid off by impressing the audience.

Chat-based features that integrate with the usual suspects such as Slack, Skype and Facebook Messenger successfully hammered home the message that machine learning and augmented intelligence capabilities were more than just buzzwords. However, the most exciting aspect for techies was the integration with the cognitive computing of both Microsoft and IBM’s Watson.

Derek Schoettle, General Manager of the IBM Watson Data Platform, announced that Apttus CPQ had been integrated into IBM Watson to deliver cognitive pricing. Users now have the ability to build a new recipe connecting Apttus and IBM Watson Workspace or use existing recipes developed by the Workato community.

Elsewhere at the event, it was also revealed that the Apttus quote-to-cash for manufacturing will now be available at Microsoft’s AppSource marketplace. Simplifying complex pricing requirements, and enabling users to quickly create accurate quotes is proving to be very popular for obvious reasons.

It’s easy to see how Apttus have been continuously growing at a phenomenal rate since its humble beginnings in a laundry room. After bootstrapping its way to unicorn status, it can now only be a matter of time that they hit the IPO button.

Apttus has a long history of advancing revenue operations far beyond what anyone believed they were capable of, and today we honor that legacy once again. Kirk Krappe, Apttus CEO

Anyone fascinated by start-up stories could learn a great deal from how Apttus grew their business. By tearing down the traditional silos, changing cultures and legacy mindsets they opened up the eyes of the enterprise to the world of machine learning, artificial intelligence, and virtual assistants.

When I spoke to Craig Eiter of Thomson Reuters, he advised how Apttus has enabled them to reduce 14 complex processes down to one. The result of this change involved clients saying “You make it easier to do business.”

Our personal lifestyles now include the ability to hail a cab, book a restaurant table and even book a hotel room within a few swipes on our smartphones. It seems that business are finally waking up the fact that these expectation levels are now being taken into the corporate world.

The success and rapid growth of Apttus could be attributed to the company leading the way in removing the expectation level barrier that exists between our homes and offices. By eliminating the cumbersome processes, enterprises will find an easier way to do business and dramatically increase their profits.

Read next: Six Running Apps That Every (Aspiring) Runner Needs To Know