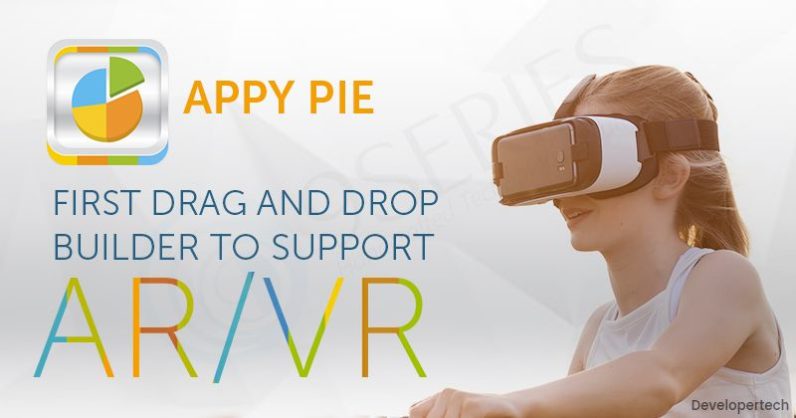 Towards the end of last year, it was revealed mobile web browsing had overtaken desktop for the first time. Although it’s hardly breaking news, the world of mobile first is officially here.

Smaller businesses are finally waking up to the fact that a web presence alone might no be longer sufficient and that maybe it’s time they invested in a mobile app.

The absence of the necessary in-house developing skills or available budget to create and keep an app updated can be a scary prospect. Mobile app fatigue is also responsible for businesses choosing to avoid another expensive mistake.

However, if done right, a smartphone app could help attract more customers, increase sales, and help position a company as a brand that people can trust. Meanwhile, under most leaders radar, a startup called Appy Pie has steadily built a community of over 7 million registered users.

Essentially, the startup is a mobile application development software that enables anyone without an ounce of technical knowledge to create advanced mobile applications. There is nothing to download or install, no programming required – just drag and drop.

The what you see is what you get approach is proving to be a big hit with businesses that prefer to drag and drop rather than spending hours typing code. However, a recent announcement revealed that virtual and augmented reality features are also now available to allow anyone to deliver immersive experiences to their customers.

As mainstream audiences begin to adopt VR and AR, Appy Pie has provided an opportunity for small businesses to enhance their customer experience.

With seamless experiences at the top of users wishlists, companies need to step up their game to appeal to modern audiences. When combined with Apple rumored to be launching an AR headset later this year, it feels like a perfect opportunity for businesses to get an early head start over their competition.

The addition of easy-to-integrate plugins, users without any coding experience can implement a number of VR, and AR features into their Android and iOS apps in under 10 minutes. Image recognition, tracking, along with panoramic and 360 video viewer options are all available out of the box.

In reality, this allows any business owner to convert a panorama image into a Virtual Tour of their premises. Appy Pie has already helped create over 5 Million apps, and the only limit appears to be users imagination.

The digital transformation and creation of ultimate user experiences are trends dominating major events such as the Adobe Summit last week in Las Vegas. It’s easy to see why many will see this WYSIWYG tool will be incredibly appealing to secure a lead over competitors.

The only question that remains is if novices will have the ability to break out of the limited design concepts to make their apps visually appealing to highly critical audiences.

On my podcast, I recently spoke with Appy Pie’s CEO, Abs Girdhar about how the platform is allowing anyone to create a mobile app without investing too much time and money. The sheer simplicity of the creation process is incredibly exciting for anyone that wants to get their hands on this “DIY” app-creation tool.

Traditionally, the thought of engaging, informing and rewarding customers through a geo-fenced app that increases loyalty and brand awareness felt like a dream that was out of reach for small businesses. However, AppPie seemed to have cornered the market and bringing this opportunity to everyone with the welcome additions of VR, and AR features.

Read next: 5+ reasons not to delete negative online reviews about your business