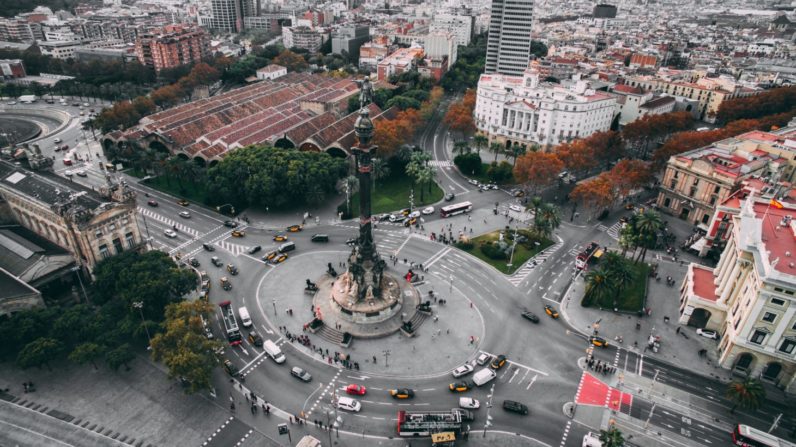 If you’re lucky enough to live in Spain like me, you’ll have heard the news: we’ve seen 5G and it’s lightning fast.

It might not be at the top of many tourist’s lists, but L’Hospitalet de Llobregat is now the first city in Europe to successfully test 5G. This comes soon after 5G was unveiled in Las Vegas, during CES 2017.

While Madrid attracts business people with its regal streets and classic architecture, and Barcelona brings tourists from all over the world to admire Gaudi’s masterpieces, L’Hospitalet de Llobregat is rather less high profile.

Described as being a “depressed suburb” by Lonely Planet and located in Barcelona’s greater metropolitan area, the 253,000 strong city is mostly residential. Despite its relative anonymity, the city now has something to shout about.

Experimenters were able to achieve an impressive 10 gigabyte per second transfer rate for 30 seconds. The test was carried out in a new business area [email protected], which houses the highest concentration of datacenters in Europe, according to Spanish newspaper El Mundo.

Local government president Carles Puigdemont, who attended the 5G trial, told El Mundo, “This is much more transformative than cutting the ribbon of a four-lane highway” (translated from Spanish).

Though it will be several years before Spain and the rest of the world will have the technology to support 5G, big businesses are already planning for it. 49 percent of enterprises that do $10 billion or more in revenue say they are preparing extensively for the advent of 5G. What’s more, more than 80 percent of surveyed executives think “5G technologies will have positive effects on multiple areas of their business”, according to a report by Forbes.

Greater network speed and capacity will be essential in the coming years, as the Internet of Things (IoT) explodes into the mainstream. Business Insider estimates that nearly $6 billion will be spent on the IoT over the next 5 years, and that there will be 34 billion connected devices by 2020.

The new network won’t just be a step up, as we saw with 3G to 4G, it will be revolutionary. Though it sounds like something out of a Philip K. Dick novel, a 5G powered IoT will bring us a smooth augmented reality, fully connected self-driving cars, insane medical technology that could even allow surgeons to perform brain surgery from remote locations – and many more exciting innovations.

It’s fitting that 5G in Europe came first to Barcelona. The city is considered to be one of the most wired in the world, it is also a leading smart city home to some of Europe’s best business schools. Moreover, it hosts the annual Mobile World Congress, and has a burgeoning startup scene.

The Catalan residents can be proud that Barcelona continues to look forward and invest in cutting-edge research. As Spain marches out of the economic crisis that left it nearly crippled only a few years ago, the future looks bright – and lightning fast.

Read next: 5 Inventions Which Were Inspired By The Silver Screen