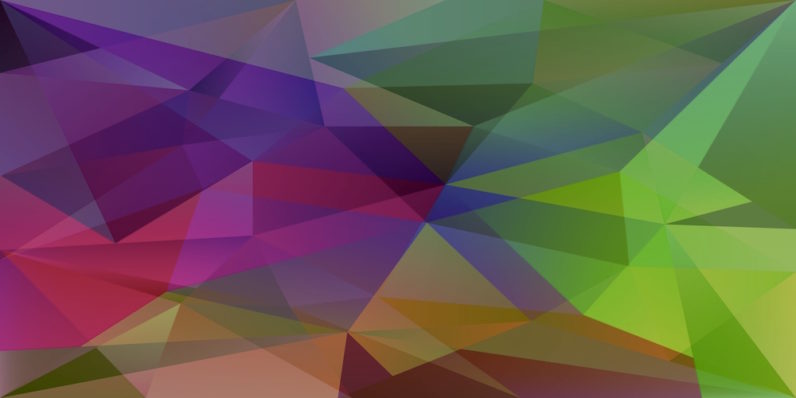 When people hear about Teamleader, they are often curious to hear about some of the unusual choices we made.

We don’t chase six figure enterprise sales (we target SMEs). Our focus is on Europe (no plans to go to the US anytime soon). We open offices in every country because we believe in “multilocal” approach (we don’t operate from a single mothership in a hip district of a major city).

Teamleader is literally the first job (so far only) job I’ve ever had. So I’m proud that we’ve managed to create a credible model for European scaling, and with our fifth anniversary upon us – which somewhat coincides with the milestone of 5000 customers – I wanted to share a few moments of truth from the last 5 years.

It might help other founders who are forging a similar path.

It took us a while to realize that there was a name for what we were doing. We had never heard of the concept “SaaS”.

We were a web agency, founded when we were students. But early on, it dawned on us that most SMEs asked similar things: they wanted ways to deal with their client lists and newsletters, planning and invoicing tools.

We were already thinking about building an all-in-one solution for SMEs, and when a customer asked us to develop such a tool, we optimistically saw that question as enough validation to start building Teamleader.

At that point, you’re not thinking about scaling, opening offices in other countries, or raising VC money. You just want to know: does this software help you? To this day, I try to instill that urge in the sales team – to be absolutely, positively certain that the customer feels that our product solves a pain.

It was well after initial traction that we discovered the concept of ‘SaaS’ – I think we were already a team of 8 or 9 people. It was one of our early mentors who pointed us to the SaaS blogs that would help us optimize our product and operations and nail down a scalable model. (If you’re wondering: I think David Skok’s and Christopher Janz’ blogs were the most useful.)

Even after we discovered the wonderful world of SaaS, we thought we would continue selling custom software for a while. European founders have (or had) a tendency to delay going all-in on a SaaS idea, and to continue to do consulting or agency work next to their startups.

The risk is that you end up with 20 or 30 customers who are all wedded to a customized solution, and who count on you to maintain this legacy product. We managed to avoid this by going all-in on Teamleader very early on.

The downside was that we needed to look for funding before we were ready. We needed more time (money). So, we took a loan from our co-founder’s father: 70k to make the full transition to SaaS. At that time it was a significant amount, but it never occurred to me that Christmas parties could get awkward if we failed. Worst case, we could revert to building websites.

I’m still very grateful for that loan. It bought us time to nail down the product and look for money with VCs once we were ready to raise a good amount. When we finally did that first round, we all took screenshots of the 7 figure amount in our bank account. (No, I’m not ashamed of that!)

One thing we did mess up badly was our first international expansion to the Netherlands. The first country manager we hired stayed on for barely a month. Our fault.

Our approach to hiring was a bit improvisational – we published the position, went to Amsterdam to have some meetings, and hired someone with whom we felt a good cultural fit. Needless to say, that didn’t work out. Today, we’re a lot more structured. We also do better background checks.

In general, figuring out the way to expand to new markets was the hardest. There’s just not a lot of documentation available about how to do this in Europe. A lot of scale-up stories feature US based startups operating and scaling from one HQ in San Francisco. It’s a totally different game.

A lesson we learned is: don’t send a team out to the new market too early. We made that mistake in the Netherlands, where we set up activities in Amsterdam on day one of starting our Netherlands subsidiary. Clearly wrong.

For Germany, we felt that we should give the German team some time to work from Belgium. But even those guys we shipped off to their office after two weeks. Still way too soon.

Today, we keep them at HQ for three months. We let country managers and teams come to headquarters to familiarize themselves with the culture and the product. Only when they have a solid understanding of what we do and how we work, can we start thinking about sending them to their countries to set up the local office. Try as hard as you like to support them remotely, the fact is that a team in a market is by themselves in their own in their office, and we felt we needed to give them a lot more support at launch than we were providing.

It’s a particularly European challenge and I’m glad we’re getting closer to nailing it – but it’s not easy. Our advice would be: test, test, test and test some more until you find a formula that works.

That time when we changed our org chart every two months

Which brings me to the next point: last year – the year of our Series B and our scaling up – I think we changed the org chart once every two months. At a certain point, I became a bit ashamed to go to another town hall meeting to introduce even more changes. I don’t think we had any choice though: we had to do this to make things click.

Growth is a strange beast. At our January 2016 all-hands meeting, we had 50 people there and I thought: wow, this is getting big. A year later, we had 120 people – there are people from Italy, Spain, France and the UK in our offices in Ghent.

Growth presented a challenge for us because we work for SMEs. Our mission is to make SMEs awesome – to give SMEs the digital tools and capabilities to compete with bigger competitors. For a long time, everyone in the company understood our clients, because we were a small SME ourselves.

Today we’re still an SME, but we’re at a point where we are bigger than most of our clients. And the last thing we want is to become a distant corporation with lots of managers who don’t understand the clients and the product, so I’ve been thinking a lot about solving that.

Our solution has been to build a strong culture on the one hand. Also, we have chosen to be multilocal. Instead of having one HQ office in Ghent, we opened small offices as close to our customers as possible – in Germany, Spain and Italy, and France soon. For SMEs, it’s super important that we are close to them, that we are accessible.

We’re also working on building a community of our customers. We are developing a platform where we don’t just help our SME customers, but they also can help each other. Our Teamleader Marketplace that we unveil this week is a step in that direction.

That time we said goodbye to a co-founder

Here’s something that not many founders talk about, probably because it’s not much fun, but it’s a reality in a scale-up: sometimes founders leave.

It happened to us, and it had a profound impact. We started the company with three co-founders, and Willem was the guy who wrote our codebase. He literally knew every line of code. But it didn’t work anymore and I think we took the adult decision when solving it. We’re still in touch – not a month goes by that I don’t hear him.

It took some time to get over that. I don’t think people on the outside noticed it, but it took me time to adapt. Willem was someone who challenged me. Once he was gone, I had to go ask the team to take on that role, and that took some getting used to – for me and for them.

Another thing that takes some getting used to when going from 20 people to 120 is that it no longer feels like you’re all friends. (It might be slightly delusional to think that 20 team members are all your friends, but it was a comfortable delusion).

I try to deal with the growth by walking around a lot. Every few months I go and have lunch with ten people in the company. I know the rising stars, and I see who is doing well.

I also see that Teamleader is a job for some, as in: mostly just a job. I’m still in this mode where if there’s a problem, I want to get it solved here and now, like in the early days. Sometimes I discuss a problem with someone and then a few minutes later, they’ve gone home! Wait, what, where did you go?

I still have to get used to the fact that people have other priorities in life as well.

In closing – what we got right, I think, is that we went to the market very early on. We also didn’t go to the media before we had product market fit. I see a lot of founders who ventilate more than they validate.

What we got wrong – there was probably a point where we stubbornly kept believing in people – that we would find a job that would allow us to people on board even if they didn’t perform well enough. I think we’ve learned that you can’t do that.

For me as a founder, the hardest thing about where we are now is the increasing pressure to change. I started as a product owner, and then I moved to sales, and sales management, and then I became a country lead – and then an operational CEO and later, a strategic CEO. I know that my job today is completely different from what I’ll be doing in six months. What I don’t know is whether I’ll be the right person to do that job.

I guess have the good fortune that I don’t fret about things. If there’s a problem today, I don’t carry it with me until tomorrow morning. And while externally people will think that Teamleader is a very smooth organization, I’m very transparent internally about challenges. We have a great team, and I feel very comfortable asking them for help when I see challenge.

I know founders sometimes think that they have to carry a huge load. I solve that by refusing to think that I’m alone in this.

It’s also something that I’ve experienced with clients, and it amazes me until this day. From the beginning, clients have been incredibly generous. These are SMEs – they’re busy. And yet they take the time to give us feedback, and they don’t really want anything in return. Not really. They want a better product, of course, but I still feel that mostly, they just want us to succeed. Whatever comes our way, I’m sure we’ll handle it as long as we’re carried by our customers.

Read next: The World's Greatest Video Creators Behind Your News