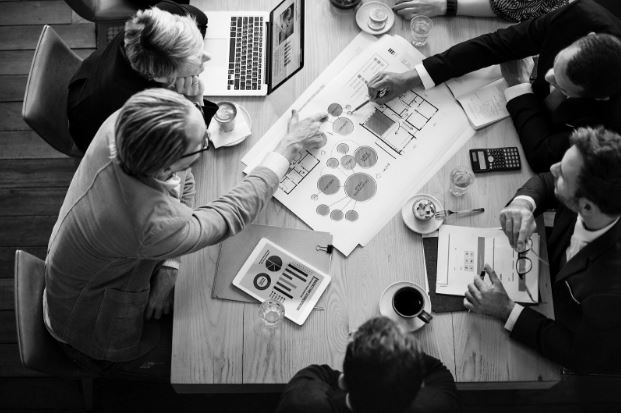 If you take one gander at Kickstarter or Product Hunt, you’ll know that the startup market seems oversaturated these days. However, there are certain startups that rise above the competition and actually change their respective industries. Let’s take a look at 5 startups that are revolutionizing their fields:

The sharing economy as we know it has changed fundamentally. Now, the “Gig Economy” as many are calling it, is the new and more evolved younger cousin of the sharing economy. Xtras embodies this shift perfectly: it’s an app that allows employers and shift employees to connect and begin a professional bond. There is also a desktop version available for employers, which is a robust version of the platform including more workforce management tools.

Rather than disrupting traditional industries like Uber and Airbnb did, Xtras and similar platforms work within industries to enhance and strengthen the relationship between companies and employees by providing worker reviews, brief job descriptions and the actual pay per hour. This app is currently available in London and Israel, with plans to expand to North America and other European countries in the future. It’s particularly popular in the hospitality, events and restaurant industries but they have their eye on other industries such as retail, logistics and healthcare for the future.

If you live in an urban area like I do, you’ve seen tons of electric bicycles and scooters buzzing around town. Faraday Motion’s electric skateboards are a bit different: they are actually 3D printable. So, yeah, you can print your own skateboard! For 3D printing, this is probably one of the coolest inventions ever. If you don’t have a 3D printer, the company sells the parts and you can assemble it yourself. There are two models as of now: the Spine and the Hyperboard. The Spine is the more basic version and the Hyperboard is the the upgraded version. There is an option to purchase only the printable version which is the cheapest, the parts to assemble yourself, or the full package (the most expensive).

Music + the sharing economy = Soundbetter. This is the marketplace for musicians to find the people to make their music a reality: studios, engineers and other professional musicians. The music industry is known for being pretty harsh and unforgiving. Soundbetter democratizes an otherwise cutthroat industry and allows professionals in that industry to connect easier and more efficiently. When searching for a partner to work with, you can filter by role — engineer, musician, price per song or genre. Each freelancer listed on the site is reviewed, has samples of their work and is able to describe themselves. Each person’s page sort of resembles a social networking profile, with a cover photo and all their information in one place which is pretty useful.

Maybe because I’m an animal lover do I love Oco. I’ve heard that many people who treat their pets better than their spouses use this home monitoring camera to keep an eye on their furry loved ones when they are are work. Of course there are other, more practical uses such as a baby monitor and a security camera for both work and home (especially relevant for people who rent their places out on Airbnb). The setup is simple from your smartphone and there is also two-way audio. After purchasing the camera, the most basic Cloud package is free for up to two users.  The more full packages cost between €5 and €19 per month.

What’s better than a portable Brita water filter? Answer: A solar-powered (!) reusable water bottle that both filters and tests the quality of your water, also known as the Ecomo Smart Bottle. This startup recognized the particular needs of the new health-conscious consumer who cares about the quality of what he puts into his body. The smart bottle allows the drinker to add tap water from anywhere, shake the bottle to initiate testing, twist to start filtering, and even connects with your smartphone for alerts and other cool tools.

The testing feature of the bottle is the most interesting. The bottle can tell you if there are pesticides, minerals, salts, impurities, silt, rust, cloudiness and the water temperature. The filter is the next step, which can remove contaminants like chlorine, pesticides, petroleum, heavy metals like lead, bacteria. It’s actually perfect for the more adventurous consumer who travels to remote places and needs clean water stat.

The startup revolution began years ago and continues to thrill and surprise us. The 5 companies mentioned have shaken things up in the sharing, gig, music, security and health industries. Since they are in the beginning of their journeys, we’ll be watching each one closely to see how they keep up and use their creativity and industriousness to woo investors and consumers alike.

Read next: Disney Imagineers have developed Living Pandorran Plants that you can interact with