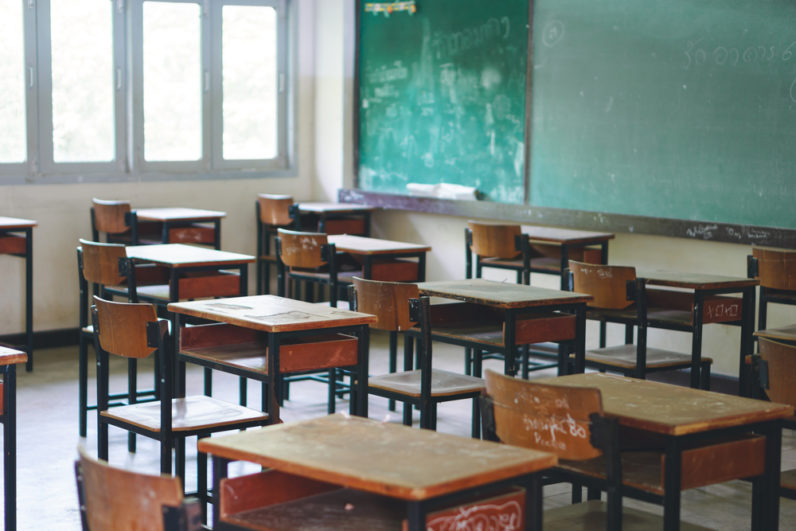 I made a lot of mistakes with my first startup — I’ll be the first to admit it.

I know that doesn’t make me special or rare as a startup founder. Almost 50 percent of startups full-on fail. Yet one of the most awesome things about Silicon Valley is that we learn from failure and improve next time around – for us, glass is always half full, rather than half empty.

In 2007, my co-founders and I created Taxi Magic, the first on-demand transportation app that helped people book cabs from their mobile phones. Sound familiar? When we put our app on the market (via BlackBerry back then), the iPhone didn’t exist, Uber was just a random German word, and Lyft was something people did with weights.

We faced some massive technology limitations back then — from dealing with taxi dispatch systems that had never freed up their APIs to Blackberry’s incompatibility with third party apps. We also made some strategic choices that came back to haunt us — in particular, relying on taxi fleets to manage the drivers rather than giving taxi drivers an iPhone device with an app. Ultimately, Taxi Magic was acquired, and now operates as Curb. It is a legitimate business, but we weren’t the ones that transformed the on-demand transportation space. You know who they are.

Being first doesn’t matter – actually, it often can be a problem. Ideas also do not matter. And even the best leaders, with great experience, still make mistakes. But if you even want a chance at surviving, execution — and key early decisions — will make or break your company. So before launching your own startup, here are the five lessons I learned from this crazy, exciting industry.

Startups are more likely to win when they don’t simply aim to improve the customer experience, but do so at a lower cost to the consumer. That’s what companies like Lyft, Airbnb, and ThreadUp are doing – and they’re thriving.

It’s also what I learned from Taxi Magic and applied to Shift – we use technology to make car buying and selling a seamless experience and save our customers on average thousands of dollars in the process. You can win with just a better experience, but that is a lot harder to do.

At Taxi Magic, we tried to add some technology to an already broken and antiquated system. We wanted to use technology that already existed in the market while adding some of our own to create a new consumer experience.

Sure, our app helped people book taxis and made the experience way better, but far too often, the driver would not show up. Customers blamed us, rather than the taxi fleet. That is the critical piece Lyft and Uber solved by going deep into operations. At my new company, Shift, we’re taking the full stack approach. We oversee both technology and operations, which gives us complete control over the customer experience. This is harder, but ultimately allows you to build a sustainable business.

The number one mistake startup founders make is not being flexible. Being flexible is very hard – the only way to explain founding a company is if you believe that what you are doing is right, but at times it turns out that you are wrong, and you need to take a different course.  Don’t be married to an idea, no matter how groundbreaking it may seem. Unfortunately, I know that at times I am not sufficiently flexible.

One company that always has been flexible is Uber. Most people don’t remember, but Uber started as UberCab and was predominantly a black car service. Once Lyft came on the scene, Uber quickly realized the threat to its black car business, and was willing to cannibalize its business to copy Lyft and build UberX. Doing that is really hard, and Uber deserves a lot of credit for being willing to do this.

Anyone can sell a dollar for 50 cents, which is why on-demand businesses with terrible unit economics popping up everywhere.

But sustainable businesses are the ones that are able to demonstrate a clear path to long-term profitability, and where money is used to grow and develop new technology, rather than to subsidize existing customers.

Build a Strong Engineering Culture, And Empower Everyone

For a technology company to be successful, it needs a strong engineering-led culture. By their very nature, startups often reflect their CEOs. I’m not an engineer, and yet I knew that for Shift to be successful, engineering had to be at the center of our business. For this reason, we’ve had to work extra hard to create such an environment.

Andy Rachleff wrote that CEOs should “empower the engineering team to lead the culture for the entire company” and “engineering needs to ensure the other functions in their company feel empowered to contribute equally.”

He’s absolutely right. At an engineering-driven startup, as Rachleff says, automation is at its core, data is absolutely critical, and politics shouldn’t matter. These are things great non-engineering employees also value. Similarly, to hire rockstars across all departments, the company needs to be a positive place to work. Great companies ensure opportunities for growth exist and family-friendliness is nurtured (as those of us who do technology get slightly older, being family friendly becomes more and more important).

These are things that I wish somehow had told me when I started Taxi Magic, and I find super valuable to remember now, while building Shift.

Read next: So AWS Went Down - 12 Steps You Can Follow to Minimise Future Risk