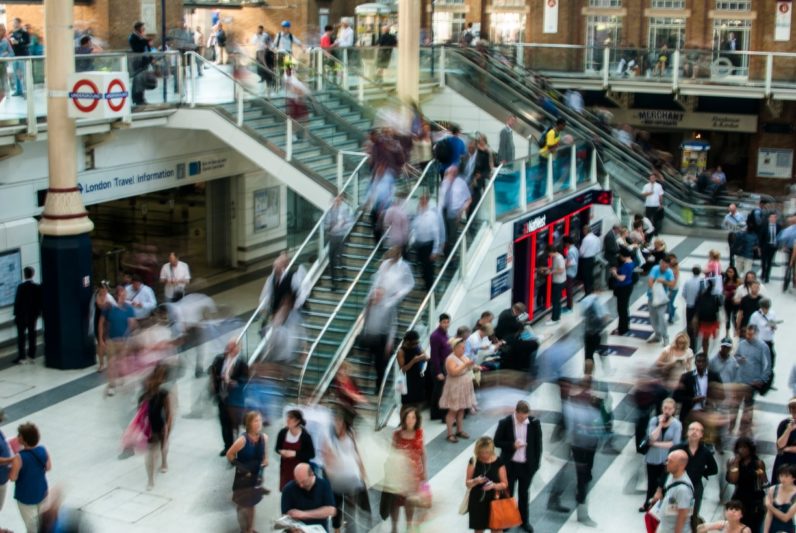 Tradition is a good thing. Whether it is on a daily, weekly, monthly or yearly basis, it is good to have semblances of consistency in your life. From a business perspective, it is actually what maintains customer loyalty after you have managed to bring in a solid customer base. At that point, your customers know what they will get and they obviously like it. That is why they keep buying from you; your business and product/service are like another home to them. Taking all of that into consideration, it does not mean that keeping up with the times is not also of the essence in evolving your business model. If everyone were still attached to particular workplace ideologies, the industrial revolution would not have happened, and we would not have all the nice things at affordable prices that we have now. What I am getting at is this: businesses need to maintain more than nostalgic memories to keep their brand fresh. There are certain industries that have long been the cornerstone of the economic branch, and it is nice to see that they have opened a warm embrace to the technologies of today. Here are 3 examples:

Retail is as old as time itself, or maybe even older, though its presence in our lives is perhaps even more than it used to be. Retail stores have a wide range in definition, but we will go with one example. Harrods has been a cornerstone of English department store retail, whether it has been for the tourists or the locals of London. Harrods was established as 1849, older than most of our grandparents’ grandparents. Obviously, a business model established in 1849 has to be updated, and Harrods has been a great leader in doing just that. For example, they just recently took up Pointr Labs in mapping out their store to make it easier for customers to get to the product they need. It is only fair to assume that this app will come in handy while navigating the seventh floor, 90 thousand square meter behemoth of a store.

From an analytical standpoint, Harrods gains the knowledge of where customers are spending most of their time via heatmap technology. The technology grants them the understanding as to where their customers are spending most of their time, which can impact their future decisions of where to place certain products. In turn, this can provide Harrods with better sales numbers at the end of the day.

Manufacturing is also an oldie but goodie in the world of industry. Ever since landmark events like the aforementioned Industrial Revolution and Henry Ford’s assembly line, efficiency has reached unprecedented levels of insanity. Take, for instance, the fact that only 8 countries worldwide would surpass the annual GDP generated solely by the US manufacturing industry. Though this number is insanely impressive, new technologies are constantly being recruited to heighten the efficiency even more. Siemens AG created the app Manufacturing 360 for the very purpose of staying up to date with the latest technologies in manufacturing and assembly. This provides manufacturers the opportunity to stay as competitive as possible in an industry constantly stretching its boundaries.

Maybe restaurants are not as old as time itself, but they are certainly as old as civilization. Everyone loves leaving their dishes in the cabinets at home and going out to eat, and we all like being spoiled by a good server while eating food prepared by a chef. It is a no-brainer sometimes to bail out on eating at home in favor of spoiling yourself. The industry kind of sells itself. But again, that does not stop the restaurant industry’s necessity to stay in the game with the latest technologies. Expensify has been a game changer in that respect. Instead of having to organize a mess of receipts (which gives restaurant managers headaches), it digitally compartmentalizes them along with all other expense reports.

Obviously, it is great when businesses manage to hold onto the values and practices that make us love them in the first place. It is also essential that the same companies keep up with the times for the sake of attracting new customers, but also for the sake of their productivity and overall efficiency. With the smartphone revolution (68% of adult Americans have one), it only makes sense to stay in-tune with what is happening around us. New technologies are helping traditional industries we love stay relevant for time to come.

Read next: Stock Footage Service Reveals The Fastest-Growing Formats and Video Trends For 2017