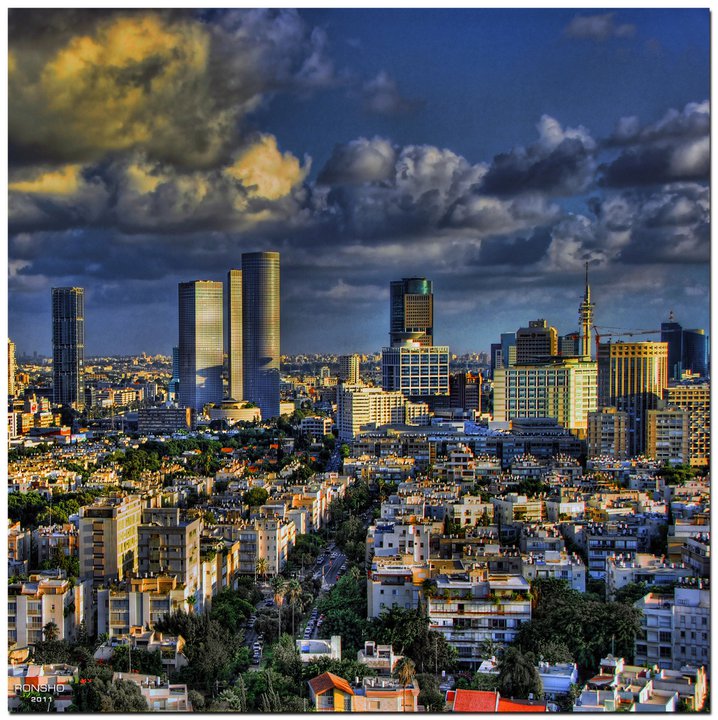 The recent news that Intel acquired the Israeli autonomous driving company Mobileye for $15.3 billion spread around the web like a forest fire. The acquisition represents the largest ever deal in the history of the Israeli tech industry and it caused a tidal wave of coverage, both around the world and here in Israel.

A lot of noise will be made of this exit, as was done with the large exists that preceded it. The story of Israel’s tech industry and startup ecosystem has often been driven, for better or worse, by exits. In fact, one of the most common criticisms of the Israeli tech economy is that companies innovate new technologies, and instead of turning them into successful independent companies, sell to the large international giants.

The sale of Mobileye will certainly draw the same criticism, but the company is merely following a game plan that has been executed by nearly every other major Israeli tech company. Israel’s startups have focused on innovation and solving technological challenges. Many have argued that Israelis draw upon their national experience of needing to solve problems in order to succeed in a challenging, resource poor environment. Additionally, Israeli tech startups have been criticized for poor marketing prowess and those that have succeeded often export their marketing efforts to the U.S.

The causes of Israel’s exit heavy tech ecosystem are many, but the exits can serve another valuable role. They provide a perfect historical roadmap of how Israel was able to evolve into the Startup Nation. In this way, exits are analogous to tree rings, which grow larger in good years, and thinner in poor ones. Exits also provide another layer of information – they show how Israel entered new strategic markets and took advantage of new trends and technologies.

So here are 10 of the most important exits that demonstrate the innovation happening in Israel, and help tell the story of the Startup Nation:

The motivations for Intel to buy Mobileye are obvious. The company is a leading provider of solutions for autonomous cars and has already partnered with Intel and several leading car makers. Buying Mobileye gives Intel an instant boost of technology and a big advantage in the exploding self-driving car market. The two companies also seem like a perfect fit. Intel already has a massive presence in Israel and Mobileye will take over all of Intel’s self-driving car efforts.

This is the one that started it all. ICQ was one of the very first messaging platforms and is almost synonymous with the idea of instant chat. One of the reasons this is the case is because it was bought by AOL in 1998 and the tech was used in that company’s Instant Messenger platform. The was the very first big exit for the Israeli tech ecosystem. It started a trend that is still going strong to this day, and perhaps the reason that so many Israelis dream about a big exit is because of what they heard about the huge amount of money the founders of ICQ made almost 20 years ago.

While consumer-facing tech often gets the biggest headlines and the most attention, much of Israel’s tech success has been fueled by B2B companies. Mercury, which was acquired by HP in 2006, is a great example of that. The company developed a number of IT solutions that helped businesses manage application development and testing, along with a host of other IT services. With a price tag of $4.5 billion, Mercury shows that big business is always sexy.

Gaming has emerged as one of the most important developments of the mobile revolution, and here Israel has developed a giant. Playtika is a leading developer of social and mobile games, specifically casino style games. Playtika actually had two exits. The first was to Ceasar’s, and then, last year, it was acquired by a consortium of Chinese investors for $4.4 billion. In that time, Playtika has continued to operate as an independent unit out of Israel.

If you ever heard a presentation about the Startup Nation, especially if it’s given by an Israeli, you will inevitably here a list of things invented by Israelis. High on that list is the USB flash drive, which was pioneered in Israel by M-Systems, a leading provider of flash memory. This led the company to be acquired by SandDisk in 2006. Israel has always excelled at hardware innovation and M-Systems is leading example of that success.

The story of Waze is actually a story of how a number of technologies came together all at once. Waze took on the challenge of smartphone navigation, tapping the GPS sensors on smartphones and combined them with crowdsourcing to provide a better navigation solution. At the end of the day, Waze’s unique approach and valuable data made it an acquisition target for Google, which picked up the company in 2013. Since then, Waze has taken on a life of its own as it became famous for its use of side streets and other shortcuts that help commuters save time on the road.

Health-tech is emerging as one of the most important areas of tech development with innovation being applied to pharmaceuticals, medical, and surgical devices. Here too, Israel is at the forefront with a number of companies specializing in new, high-tech medical devices. It was Valtech’s work in this area, and its development of a breakthrough device to repair heart valves, that led to its acquisition by Edwards Lifesciences last year.

There is a revolution taking place in Israel right now in the area of cyber security. Israel has always been a leader in the space, but it feels as if the innovation in the space is kicking into hyperdrive, with entire business parks being created for the industry. Perhaps the explosive growth in cyber is fueled by exits, such as the acquisition of Trusteer by IBM in 2013. Trusteer works to prevent malware, phishing attacks, and fraud and gave IBM a path to expand beyond the cloud security products it was offering.

Another major industry that emerged from the mobile revolution is messaging, with a number of large players fiercely competing in the space. Viber, founded by Israelis and with a large Israel-based development center, burst onto the scene by focusing first on VoIP for mobile. It quickly focused on chat as it emerged as one of the leading use cases for smartphones and has taken a leading position in a number of global markets as well as amassing a large registered user base of 800 million. It was for these reasons that Japanese e-commerce giant, Rakuten, acquired Viber in 2014.

Recent rumors point to Apple’s Israel development center as the source for its next major innovation, with claims of a thousand engineers working on AR and 3D solutions for the next iPhone. Apple built its Israel presence with two large acquisitions alongside other smaller ones. The first purchase was Anobit, a maker of memory solutions which Apple bought in 2012. The second major buy was PrimeSense, a developer of computer vision tech in 2013. Apple’s acquisitions, while not groundbreaking in dollar terms, are important because Apple was one of the last major companies to set up shop in Israel. With Apple’s entrance into the Israeli market, it signaled that the Startup Nation was an invaluable source of innovation for the global tech industry.

There have of course been other big exits and these 10 tell just a part of Israel’s tech story. Other Israeli tech companies have chosen to go public instead and others still are trying to make it as independent companies. But so far, the “exit” has been the goal of many of Israel’s tech entrepreneurs.

Additionally, this list is noteworthy for the way Israel has managed to make inroads into most of the major tech verticals: consumer, IT, cyber, hardware, chip design and fabrication, and there are others that were acquired for less, but still show how Israel has a presence in every corner of tech.

The future is always hard to predict, so it’s difficult to say what the next major exit for an Israeli company will be. But it’s clear that right now, Israeli entrepreneurs are working to help build the next big thing. Whether you experience it via your iPhone or a self-driving car, these companies are making huge contributions to the tech industry and it’s likely that you are enjoying the innovations of at least one of these companies right now.

Read next: How 360° Video Is Changing Art