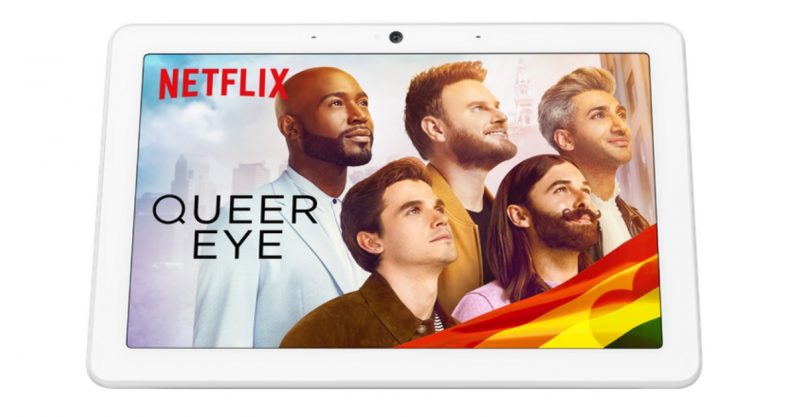 Google today announced official Netflix streaming support for its Nest Hub and Nest Hub Max smart home devices. Meaning those objects with screens Google wants you to setup in your home can now function as miniature smart TVs, and I might actually be tempted to buy one.

While up to now you could stream Netflix to the Nest Hub by using Google Cast, now your account can be tied directly to the device. This makes it the first smart device to nab Netflix integration — though presumably if it goes well, Netflix might consider the likes of Amazon Echo Show or Facebook Portal. Google‘s also implemented hands-free gestures to control your show, either by using your voice or by holding up a hand to pause and resume. You can also scroll through the interface manually if you want to.

Read: So help me, I need this LEGO NES and its (kind of) playable Mario game

So with those additions, the Nest Hub and Nest Hub Max are now tiny little entertainment centers in addition to their normal tasks. Speaking strictly for myself, I can see this being an advantage should I ever want to buy a smart display. After all, if I’m in the kitchen for example, hard at work on my latest culinary concoction, it’d be so much simpler to shout “Hey Google, play The Witcher” rather than having to set up my tablet as I do now. I’m not saying it’ll be the only reason I’d consider getting a Nest Hub over, say, an Amazon Echo… but I wouldn’t put it at the bottom of the list, either.

In addition to Netflix support, Google‘s added Cast support for fledgling streaming service Peacock, meaning it joins the likes of Hulu, Disney+, and HBO Max in that you can stream it from your device onto the Nest Hub screen. It’s nice to see the latest entrant in the streaming wars getting support, and for those of you who are interested in streaming some Law & Order (though not all of it) you’ll at least have options for watching it other than your phone or computer.

So if you need one more place to watch Netflix, then Google‘s got you. I would wonder how many people want to watch Tiger King on a 7-inch screen, but we seem to do alright on smaller phones so I guess that won’t be an issue for most.

Netflix arrives on Nest Hub and Hub Max on Google

Read next: Elon Musk claims his brain chip can stimulate your pleasure center