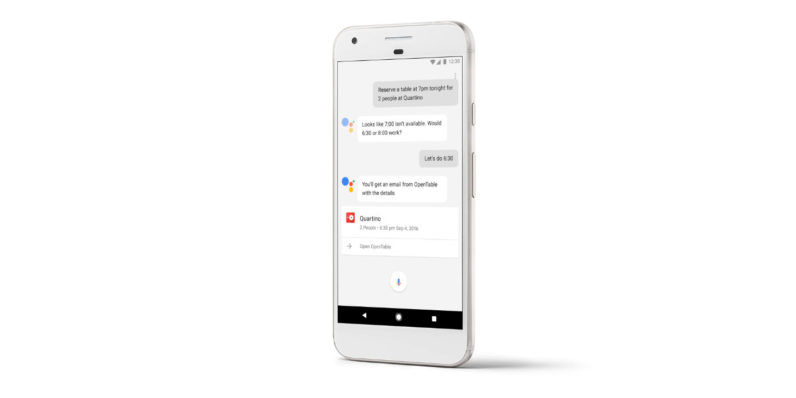 A teardown of a new beta version of the official Google App for Android – which includes the company’s Assistant service – by the folks at XDA Developers reveals that you might soon be able to make payments using the AI-powered bot across supported devices.

It isn’t clear exactly how that will work, as the feature hasn’t yet been implemented. But strings found in the app’s code indicate that you’ll likely be able to pay for purchases through your Google Pixel phone, and also control which other devices can authorize payments, like the Google Home voice-activated speaker.

The closest comparison to the purported payment system might be the one that Amazon’s Alexa offers on the Echo and Echo Dot: Your credit card details are already associated with your account and you’ve got 1-click payments enabled. The company lets you buy physical products from its store, as well as digital music.

Expanding Assistant’s abilities to support payments could be huge for Google: Imagine chatting with a friend on Allo about clothes, having Assistant surface an item you’re talking about, ordering it and approving a payment all from the same chat screen.

Last October, Google said that it was working with Visa and Mastercard to enable Android Pay support across ‘hundreds of thousands’ of sites, so you could pay for your online shopping with your phone. It’d be great to see that initiative come together with Assistant some day. Plus, Assistant is slated to arrive on Android Wear-based smartwatches, Android TV and even cars in the coming months, so it’ll be interesting to see how payments are implemented across all these platforms through the bot.

Read next: ISIS is now weaponizing consumer drones with bombs