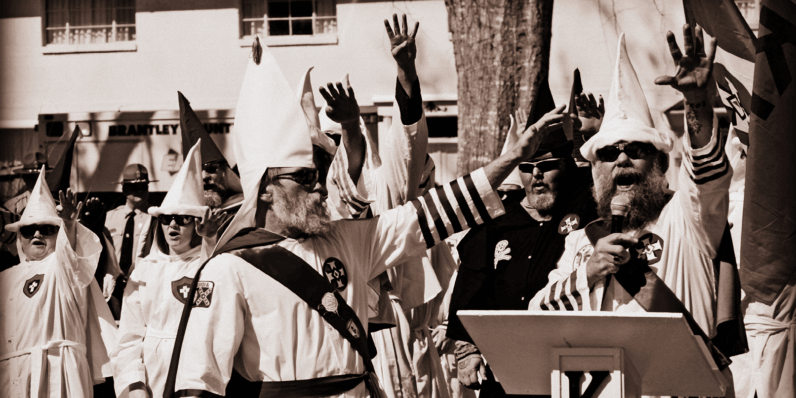 Former Klan leader David Duke endorsed Trump back in February. The Klan’s official newspaper, The Crusader, followed suit, officially endorsing Trump a mere six days prior to the November 8 election. For what it’s worth, Trump officially denounced support from both.

That didn’t stop the group’s ascent.

Google data shows that on November 9 — the day after Trump won the election — interest in the KKK skyrocketed. Google doesn’t provide actual numbers, so that leaves us to our own devices to figure out just how popular a search was. We know the term more than doubled its previous high, but just how many people are searching?

For that, we turn to Kim Kardashian — the industry stalwart by which all things popular are measured.

For at least three days, searches for the KKK bested the Kardashian all other search terms are trying to keep up with.

We’ll probably never know what exactly led to the surge in traffic. Is it a desire to join after electing a candidate many perceive to be racist? Or perhaps it’s just a genuine ignorance by the American people of what the KKK is after it became a Clinton campaign talking point.

Searches for terms like ‘What is Brexit?’ shot through the roof the day after the UK voted to leave the European Union, so let’s just hope it’s the latter. It’s not ideal, but it’s far better than the alternative.

More People Are Googling the KKK Than Ever Before on Vice

Read next: The best things about the Surface Studio won't even be made by Microsoft