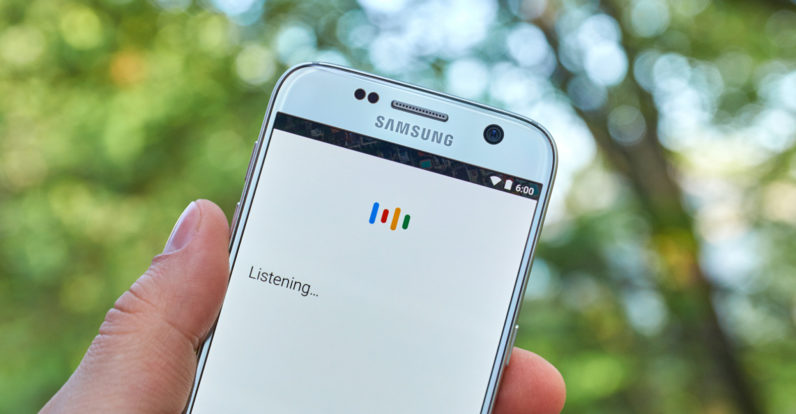 Yesterday Google unveiled its new voice-enabled Google Home smart speaker that lets you use your voice to control media and ask simple questions by uttering the magic words ‘OK Google’.

While the device showed excellent responsiveness to voice commands during yesterday’s live demo, it turns out repeatedly shouting out ‘OK Google’ in a venue packed with Android owners could cause quite a bit of chaos.

Apparently, whenever someone on stage spilled the signature ‘OK Google’ expression, the phrase triggered the voice search feature in numerous phones in the audience. As you could guess, many of the spectators found the situation quite hilarious.

You can't hear live, but every time the guy on stage says "Ok Google" it triggers the phone of someone in the front row and it's hilarious

Members of the audience weren’t the only ones to get their phones triggered, however.

Numerous online spectators that tuned in to the event from their homes said the voice search feature kept activating anytime someone uttered the magic words on the stream.

@MKBHD It’s happening to me and probably many others on the live stream.

@MKBHD all our phones at home also hah

@MKBHD it keeps triggering my phone

We can attest to this occurrence first-hand as more than one device got triggered here at The Next Web HQ during our #madebygoogle get-together last night.

The ‘OK Google’ functionality is powered by the company’s new and improved Assistant AI that will soon be available as an open platform for developers to experiment with.

Google’s Assistant may be really smart, but it might need some tuning. Android is supposed to learn your specific voice when you say ‘OK Google,’ but clearly it’s not as discerning as you’d hope.

Read next: Your personal data is only worth $3.20 and that's a massive problem