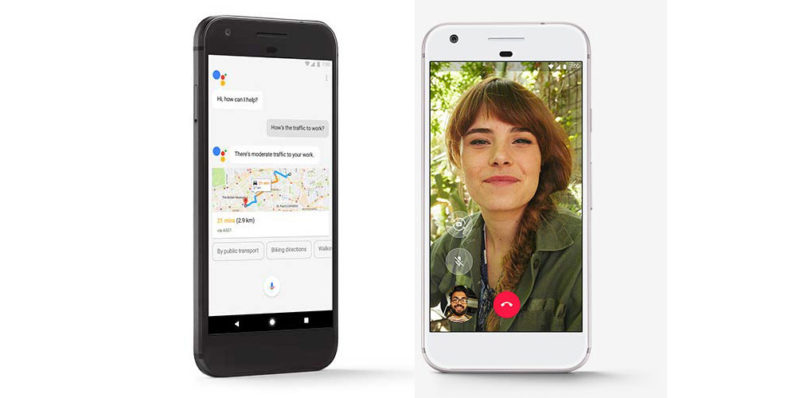 Over the past few months, we’ve heard plenty of rumors and several leaks about new gadgets from Google. Thankfully, we won’t have to wait much longer to learn about what the company really has in store.

Google will reveal its secrets at an event in San Francisco on October 4, and it’ll likely have a lot to talk about. Here’s everything you can expect in one handy list.

Google’s successors to the Nexus 5X and 6P are slated to get a new label: Pixel. As with the company’s previous flagships, they’ll arrive with the latest version of Android on board.

Rumors about their specifications, as well as renders and photos, have leaked in the past few weeks. Today, UK retailer Carphone Warehouse spilled the beans on both the 5-inch Pixel and its 5.5-inch sibling, the Pixel XL.

The Pixel is expected to cost $649, which is pretty steep considering the fact that Xiaomi’s recently announced Mi 5s packs similar specifications and comes in at less than half that price. It’ll be interesting to see if Google’s handsets are exciting enough to beat the stiff competition in the high-end Android phone segment.

Following the Chromecast 2 and its audio-focused variant is the 4K-capable Chromecast Ultra. The company seems to think that the higher resolution output warrants doubling the price to $69, up from the $35 that the current version costs. It may even be able to deliver HDR, but that remains to be seen (and even then, it seems pretty expensive).

Google showed off its Amazon Echo-like Home device at its IO conference in May. The voice-activated speaker is designed to answer questions, play music and serve as a control hub for the IoT gear around your house.

It’s slated to arrive with a $129 price tag – making it a fair bit cheaper than Amazon’s premium offering. I’m not yet sold on the concept, let alone the price’ hopefully Google will have more announcements about the Home’s capabilities that might convert skeptics like me.

At IO, Google showed that it was getting serious about VR with its new Daydream platform for experiences. The company is also using the moniker to label phones from third-party manufacturers (like Samsung, HTC and LG) that pack enough horsepower to run VR apps and games, as well as for its upcoming VR viewer.

The Daydream name will also grace the company’s first VR headset since Cardboard; it resembles an Oculus Rift to an extent, and will be paired with a handheld controller for more immersive experiences.

In addition to games, the device will likely herald new apps like YouTube VR, Play Movies VR, Street View and even offerings from HBO and Netflix that Google announced back in May.

Google is said to have a 7-inch tablet in the works; if that’s true, it’ll likely be more of a successor to the 2014 Nexus 9 than a new version of the 10.2-inch keyboard-equipped Pixel C.

VentureBeat’s Evan Blass noted that the device is slated to launch later in the year. If it’s indeed on its way, tomorrow’s event would be the best time for Google to show it off in 2016.

Google’s event may not be only about hardware: It’s presently working on building and upgrading multiple software platforms and it’s possible that the company will shed light on the most exciting one of them all – Andromeda.

The new operating system is said to be based on Android and enhanced with some capabilities from Chrome OS to support enterprise- and consumer-focused apps.

Google is also rumored to be working on a 12.3-inch laptop to showcase Andromeda.  Codenamed Bison, the device will come with a stylus, trackpad, keyboard, and a $799 price tag. However, that’s not expected until late next year, so it’s possible that we won’t see it on stage tomorrow.

While Google’s OnHub routers are designed to be simple and offer smart features for ease of use around your house, Google’s rumored WiFi router is geared towards users who need more control over their networks.

We hear you’ll be able to link multiple WiFi routers together to create a large strong network; they’re also said to resemble an Amazon Dot, which means the device won’t take up much space at all. Android Police reports that it’ll cost $129 a pop.

Apart from that, I wouldn’t be surprised to hear some announcements about Allo, Duo and Assistant. Google recently announced that it was training its AI-powered chatbot in Hindi, so it’s possible that more functionality or language support is on the cards. Duo is also slated to start allowing voice-only calls, so hopefully the new phones will arrive with that capability.

The event is on October 4 at 9AM PT; you can find out how and where to tune into the livestream here and follow all our coverage on this page.

What are you looking forward to the most from Google’s event? Let us know in the comments.

Read next: A level of perfcetion