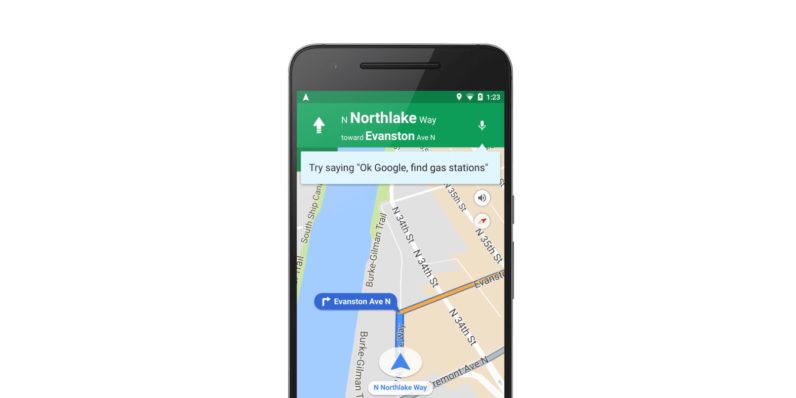 Google has quietly updated its Maps application for Android with support for a much-requested new feature — ‘Ok Google’ commands. This is a pretty big deal as it means that users no longer have to tap the microphone icon before speaking when driving.

Once the update has been installed on their device, users will be able to say ‘Ok Google,’ followed by a suitable voice command to start navigation to a new destination, seek an alternative route or change driving settings.

They will also have the facility to verbally ask Google Maps questions that they’d usually have to glance at their smartphone’s screen to see the answer to, such as “Is there traffic ahead? and “What’s my next turn?”

The capabilities of Maps’ speech recognition functionality are pretty much endless, so it may be a little daunting at first. Fortunately, Google has released a cheat sheet full of commands to help you get started. Check out a few of the best ones below:

Some users are reporting that ‘Ok Google’ commands aren’t enabled by default once the update has been landed on their handset. If this turns out to be the case for you, open up the overflow menu, tap ‘Settings,’ then flick the switch next to ‘OK Google detection’ from off to on.

Use voice search and commands on Google Support

Read next: Why Spotify buying SoundCloud would be the best thing ever