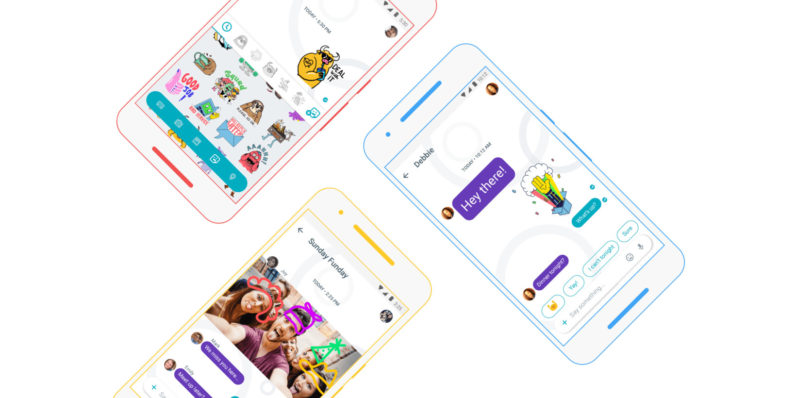 As promised, Google has made its Allo mobile messaging app available for Android, just as summer comes to a close.

The app was demonstrated at the company’s I/O conference in May with features like end-to-end encryption, temporary private messages, AI-powered response prompts for replying without typing and Google Assistant.

You don’t need a Google account to sign up – just enter your phone number and you’re good to go. Bear in mind that, like other messaging services including WhatsApp which use your number to register you, Allo only works on one of your devices at a time.

As promised, the app lets you chat with anyone from your address book right away; if they don’t have Allo, it’ll send them SMS messages (free of charge for you, but it’ll cost them to send and receive texts, depending on their mobile carrier plan).

Once your contact signs up to use Allo, you’ll see a message indicating that. You can then send stickers, photos and video from your camera or gallery, as well as text messages that you can resize for emphasis. There’s also an option to draw or add text overlays on images before you send them.

Allo supports group chats too; as with other messaging tools, you can name your group and add an avatar to help identify it easily in your conversation list. Participants who aren’t yet on Allo will receive messages via SMS. It’s worth noting that Google is storing these messages; if you want to avoid having them logged, you can start an incognito chat, which is end-to-end encrypted.

You’ll also find another contact in your list: Google Assistant. It’s essentially the company’s search engine in chatbot form, and it works great. Enter a search term, like the name of your favorite dish, and Assistant will serve up cards listing restaurants that offer it, along with buttons to quickly view pictures, get directions or call your chosen restaurant. It can also surface results from within apps installed on your phone, answer questions like, ‘What is Gallium?’ and help you look up flights.

However, Assistant is especially useful when it pops into your conversations with your contacts. If you’re chatting about a movie you might want to see, it’ll drop in a message that you can tap to reveal show times and more info about the film right in your chat. In case it doesn’t suggest anything on its own, you can search Google by typing @google in your chat, followed by your query.

Allo uses AI to parse messages that you receive from contacts, so it can predict responses and save you the effort of typing. It’s surprisingly smart, and works well enough that two people can easily have a cordial conversation without ever touching their keyboards.

It even works with photos. A friend snapped a picture of his dog and sent it to me; as soon as I received it, Allo suggested replies like ‘Aww’ and ‘cute dog!’ Once I’d replied, Allo suggested that my friend reply with ‘Thanks!’

So far, Allo certainly seems like a well-built app that integrates Google’s powerful search functionality beautifully. But I’m not yet sure if that’s enough to pry users away from their favorite services like WhatsApp or Messenger. The former is ubiquitous and simple to use – if a bit light on features – while the latter is great for people who have plenty of contacts on Facebook.

In order to popularize Allo, Google will have to either market it strongly or perhaps bundle it with Android. The company stands to gain in several ways: It’ll see people use its search engine more frequently and be able to display sponsored results to multiple users when they ask Assistant for information in a chat. It’ll be interesting to see how Google plays this.

The iOS version is now available from the Indian App Store, but it looks like it isn’t yet available in all countries. Until then, if you’re on Android, grab the app from Google Play (still rolling out gradually in some countries) and let us know your favorite features.

Read next: Speed matters: Does your site need a content delivery network?