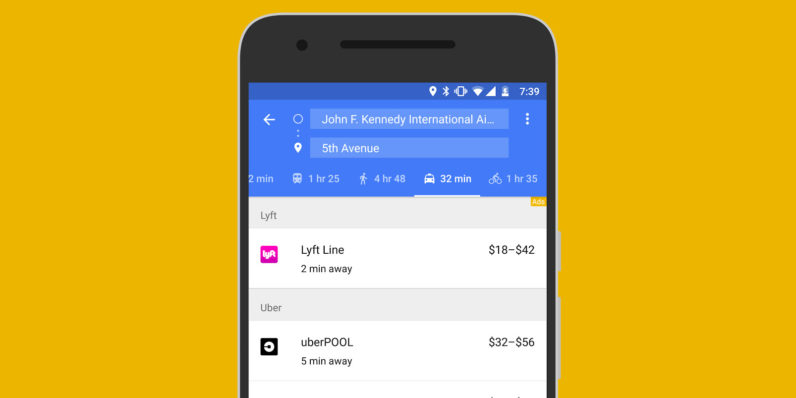 Google has updated its Maps mobile apps for iOS and Android so they now display cabs from more providers when you look up directions.

It’s now added Lyft and Gett to its roster of on-demand cab services in the US, making Maps a great way to not only hail a cab quickly, but also to compare prices across these providers without having to open each one’s app.

Maps first began displaying Uber availability in 2014; in March, it added a taxi tab to help you find a cab from numerous providers, including 99Taxis in Brazil, Ola Cabs in India, Hailo in the UK and Spain, Mytaxi in Germany and Spain and Gett in the UK.

Google notes that it will display ride options from Lyft across the US, while Gett availability will only be visible within New York City. You can try it now using Google Maps on iOS and Android.