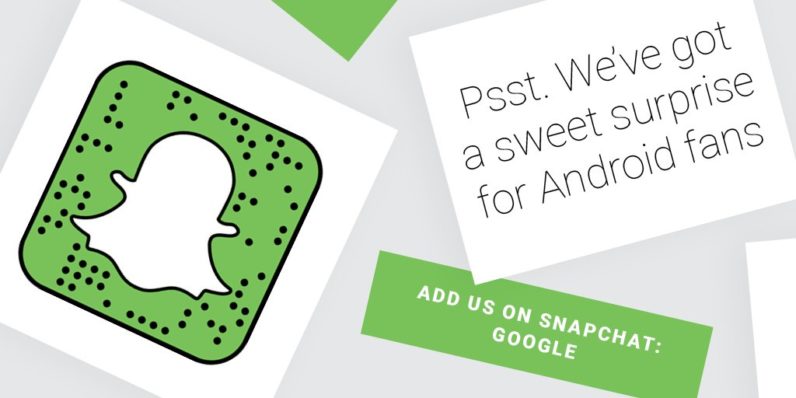 Update: That was fast! It’s Nougat. Head on over here for more.

Google is highlighting the release on Snapchat for the first time. That might seem like an odd platform to reveal the name of the next version of your flagship OS, given messages last only 24 hours, but given Snapchat is already bigger than Twitter, maybe it makes some sense after all.

Currently, Google’s Snapchat account (username: google) is showcasing all the famous Android lawn statues designed to represent the different alphabetically-orders dessert names for the OS – all the way from Cupcake to Mashmallow. Presumably, a new sculpture will be unveiled today as well.

Here’s to hoping it will be named Android Nutella (and not some obscene user-chosen name like Android NaziNipples). Stay tuned for more as the news drops at some point later today.