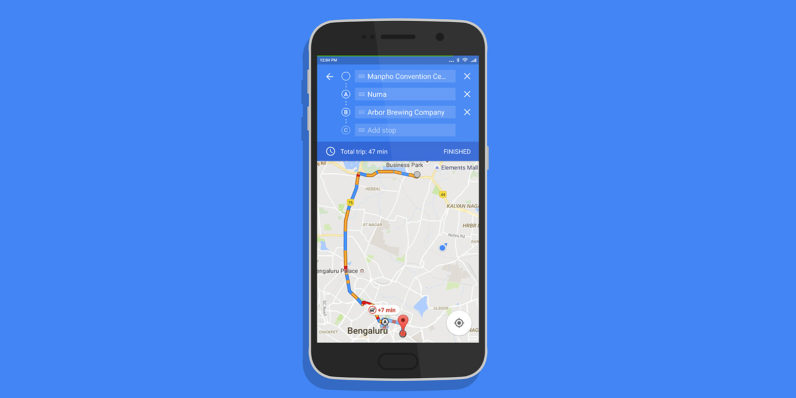 Google is rolling out a clever new feature on its Maps app for Android, which lets you add multiple waypoints en route to your destination for easier navigation.

When you fire up the app and search for a location, tapping the options button (the one with three dots in the top right corner) reveals an ‘Add stop’ function. This allows you to look up additional stops and then charts a route for you, with driving, walking or public transit directions.

That’s certainly handy for when you have to be at several different places through the day – particularly if you’re in an unfamiliar city. It’s previously been available on the Web app, and it’s nice to now be able to use it on the go.

The new feature appears to be a server-side change, so you won’t have to update the app to get it. However, Google seems to be rolling it out gradually, so it may not be available on your device just yet. Google said in a blog post that it’s is also coming soon to Maps on iOS.

Read next: Seagate is cutting 1,600 jobs as demand for hard drives spin down