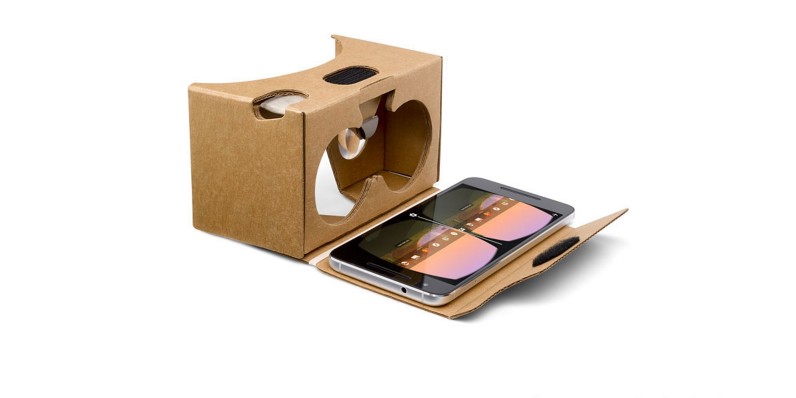 We know Google is serious about VR, but we weren’t sure how deep their VR love went until now. It seems that deep within the Chrome beta and dev channels for Android is an option to turn anything into VR.

Chrome for Android has an option to activate WebVR, an experimental open source JavaScript API for making just about anything in a browser VR-ready. To make use of it, you’d obviously need a VR viewer like Cardboard or Oculus.

Speaking to Road to VR, Google WebVR developer Josh Carpenter explains that’s it’s not so much about going all-in on VR for the broswer, but bridging a necessary gap:

Today I can view a WebVR scene on an iOS [device], even if Mobile Safari doesn’t support WebVR API, thanks to a polyfill and device accelerometers. Which is awesome. The web’s got reach,. What the WebVR API gives us on top of that is much richer ecosystem support, things like link traversal between WebVR experiences without dropping out of VR mode, and more.

With that explanation, it’s easy to see how WebVR can help make VR apps a lot more like the ones you’re using now. If you were confused about some in-app settings, transitioning to a Web-based VR FAQ section would be a much smoother experience than taking transitioning to a static Web view on your phone.

For websites that don’t use WebVR, Chrome’s dev channel has a ‘VR Shell’ that essentially forces a page into a VR-viewable mode.

WebVR is already being used elsewhere (Firefox nightly builds, most notably), but Chrome is a big deal. It’s also interesting timing, considering Daydream is starting to round into shape.

Read next: Facebook is shuttering its news app Paper on July 29th