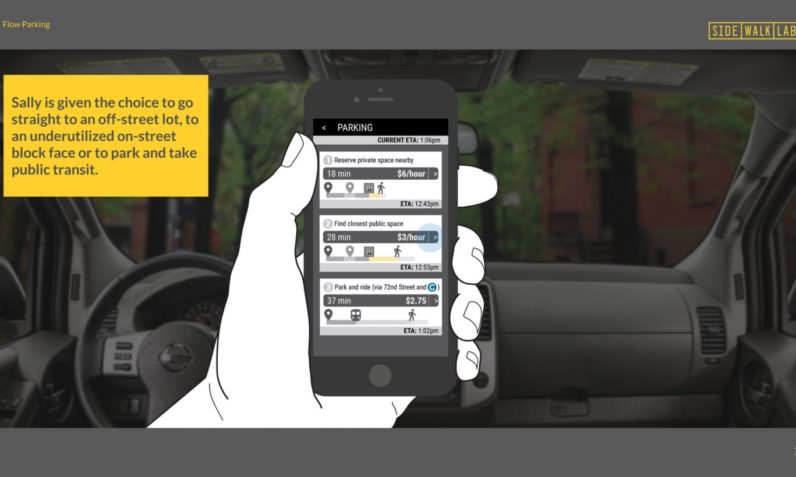 Finding parking in a city usually sucks, but a new report claims Google is trying to make it more like reserving a hotel room — replete with fluctuating pricing.

According to The Guardian, Google is trying to make its Flow cloud software available beyond Columbus, Ohio, and integrate it more tightly with public transportation systems.

Specifically, Google wants to use its Flow program to help modernize public parking, and get both public and private parking structures to report on availability. If you’re not clear on Flow, it’s a program that puts data-reporting kiosks in cities that double as Wi-Fi hotspots.

It would also use its street-view cars to map parking structures, identifying levels and space numbers (if there are any) as well as which spaces may be reserved.

It would then use the structure’s IO data (how many drivers are coming in and out, which reports in real-time how many spots are available) to identify which structures have space available in combination with data from drivers using Google Maps.

The subversive reason Google wants to do this is Uber, which it’s hoping to work into Flow to make it part of a city’s public transportation scheme according to the report. And just like Uber, in-demand spaces could have surge pricing.

Sidewalk Labs, the Google subsidiary behind Flow, told at least one city in an email that its model would also allow for stores to rent spaces, writing “this module will be your public relations winner.”

Flow would also decipher the best route for parking police, which it says could earn a “medium-sized city” an additional $4 million per year in fines.

Alexei Pozdnoukhov, director of the Smart Cities Research Center at the University of California at Berkeley, tells The Guardian “A pilot project in San Francisco was not very well received.”

“If Sidewalk can show value to drivers, it could be a different game, but that’s easier said than done.”

Essentially, the report is detailing a ‘tattler’ program for cities to squeeze citizens out of more money. You’d either pay more for parking, or increasingly rely on public transportation — which also involves Uber.

I’m failing to see value in any of that, driver or not.

Read next: Microsoft pays woman $10,000 because Windows 10 made her computer slow