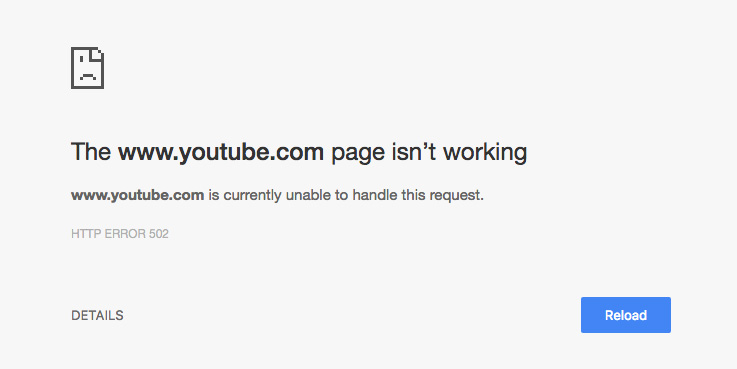 Update: YouTube’s service has returned. What follows is the original post.

It appears that YouTube’s site is down for some users.

Ok. It looks like youtube is down for most people. We should all huddle together. Everything will be ok I promise.

It isn’t clear what the reason is, but the site has been unavailable for the past few minutes at the time of writing (5PM IST). However, it might only be certain servers, as we’ve confirmed that YouTube is still up and running in India.

We’ve contacted Google to find out more and will update this post if there’s a response.

Read next: Hasselblad's $9,000 X1D has the largest sensor ever put into a mirrorless camera