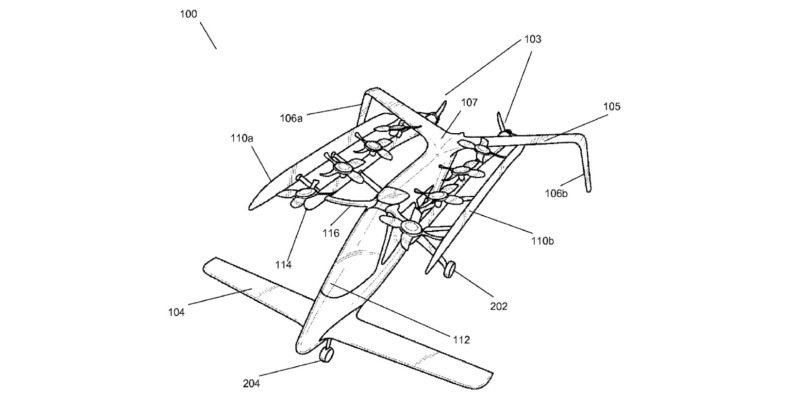 Between two-legged robots, tech for cities of the future and self-driving cars, Google’s parent company Alphabet certainly has its fingers in many gee-whiz pies. Bloomberg Businessweek reports that its leaders’ ambitions don’t stop there.

The publication’s new piece reveals that, for years, Google co-founder Larry Page, has been quietly funding two startups that are working on developing flying cars, which can take off vertically and transport an individual to their destination by zooming through the skies.

To be clear, it’s more accurate to describe these as electric personal aerial vehicles. Page has funded Zee.Aero with more than $100 million since 2010 and another firm named Kitty Hawk since last year. And while both are working on vastly different designs, the end goal of personal aviation is the same.

Zee.Aero’s office is located right next to Google’s headquarters in Mountain View. In its six years of existence, it has expanded into an aircraft hangar in Hollister and currently employs 150 people who have cut their teeth at NASA, SpaceX and Boeing.

It’s said to have worked on a patented design proposed by Stanford aeronautics and astronautics professor Ilan Kroo, but has now moved to two other prototypes, that workers at the Hollister airport describe as having ‘a narrow body, a bulbous cockpit with room for one person upfront, and a wing at the back.’

The team at Kitty Hawk, the younger of the two firms, is comprised of veterans from Zee.Aero and Google’s experimental ventures. According to Bloomberg’s sources, it’s working on ‘something that resembles a giant version of a quadcopter drone.’

It’ll be interesting to see if either firm can make the collective dream of tech enthusiasts come true. Of course, Page’s companies also have other rivals to worry about, including Chinese firm Ehang, which unveiled its passenger drone at this year’s CES and secured clearance to begin testing it in Nevada this year.

Read next: You can soon use the NVIDIA Shield as a Plex media server