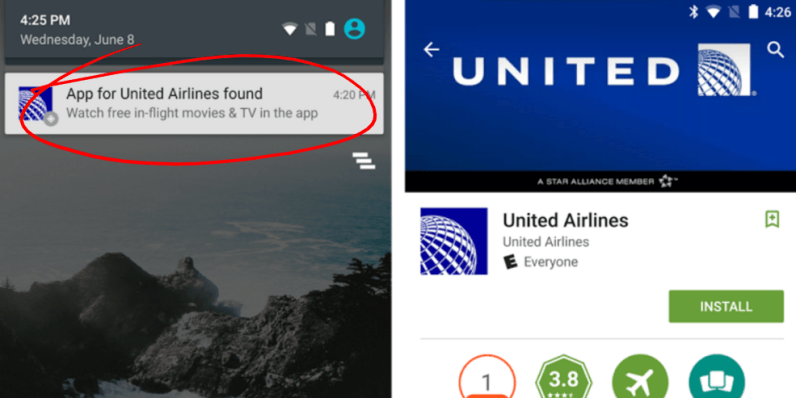 Google is rolling out a big update to Android devices that could forever change how you discover apps. It’s called Nearby, and it notify you of apps you should download – or other things you should do with your phone – based on your location.

It’s not just apps though; Nearby can also tell you websites you should visit for information about a business or venue (it’s an update to the Physical Web Project from 2014). It’ll also prompt you to download apps for certain devices near you as well, such as Chromecast.


To use the feature, you’ll need to have Location and Bluetooth turned on. Google says that you’ll receive a notification when you’re close to a Nearby-enabled location, and that you can opt in by tapping on the notification.

It’s not clear from the blog post, however, whether users can disable the feature all together, or whether they can only dismiss notifications individually. The latter would be really annoying.

I can see the feature coming in handy from time to time; I’m not always aware that the places I visit have a dedicated app, and even if I do, it’s often not worth the time trying to look for one.

On the other hand, I can see Nearby getting old real fast in a dense city like New York. Here’s to hoping Google affords some fine-grained control over the tool.

We’ll find out soon though: nearby has started rolling out to all phones running Android version 4.4 (KitKat) or higher.

Introducing Nearby: A new way to discover the things around you on Android Official Blog

Read next: This is the eyepatch Marvel's Nick Fury wishes he had