Summer’s around the corner, and TripAdvisor wants to help you plan your vacation with a side of music to get you hyped. Today, the company announced a partnership with Google Play Music to offer playlists for popular travel destinations, such as London, New York, Cancun, Montreal, Paris, and more. 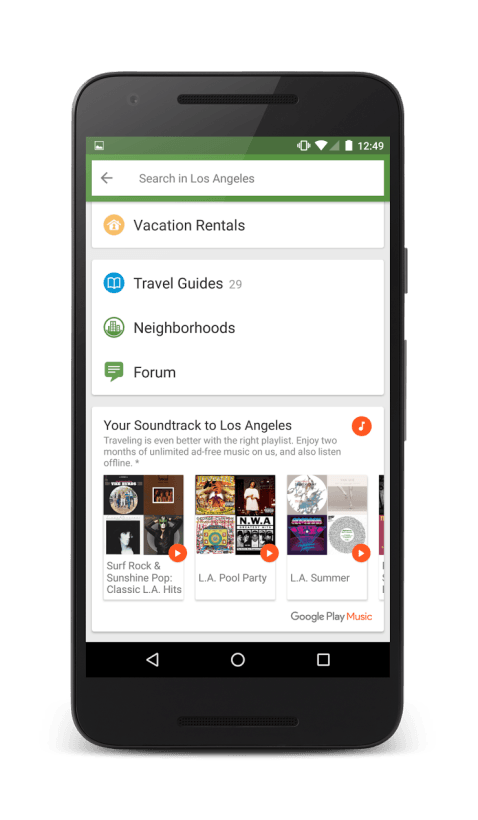 The playlists are supposed to emulate the vibe at these destinations, Latin-inspired dance tunes for Miami and Bay Area rap for San Francisco, to name a few. Not sure when I last heard Elvis Costello in a downtown New York City dive bar though.

You’ll be able to access these playlists through TripAdvisor’s Android app, which will give you two free months of Google Play Music. After that, it’s $9.99 a month to keep the jams going.

Services like Spotify already offer themed playlists for road trips and rainy nights, but this is another option if you’re looking for a free service to trial as you galavant around the world this summer.