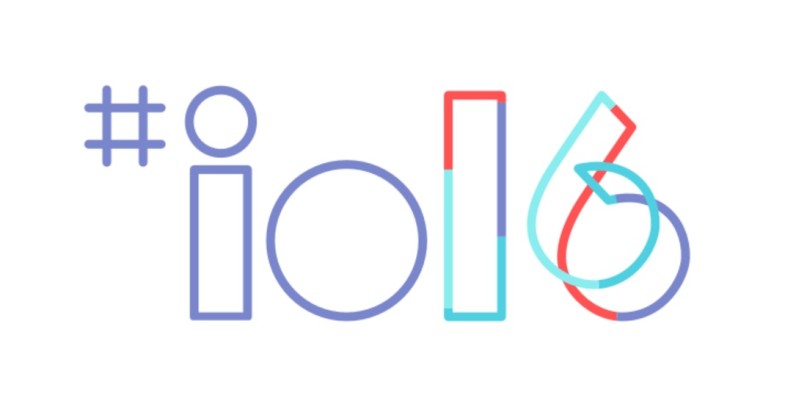 Google I/O 2016 winds down today, and it’s been a packed three days of announcements, demos, and teasers. One thing we know for sure is that nothing announced this week will be readily available soon, which is a bummer – but here’s a look at what we can expect from Google for the rest of the year.

Siri, you’ve got competition. Google this week announced its Assistant AI, which works a bit like a chatbot. You can ask Google Assistant questions or make requests and it will use context to generate results. For example, requesting movie suggestions may lead the AI to asking for a specific film genre, then offering to purchase tickets, then providing the QR code for them right within that conversation.

Google hopes to integrate this AI with its other products, such as Nest and Google Cast. Which brings us to the next announcement…

➤ Google Assistant wants to run your life — in a good way

At its keynote, Google finally unveiled of its Amazon Echo competitor: Google Home. The tabletop device is a customizable Bluetooth speaker with Google Assistant built in. Since Google Home users are likely to already use services like Gmail, Calendar, or Maps, it can help you answer questions that are relevant to your schedule and lifestyle.

Google was rather mum about its price, however, but we expect it won’t be too much more than the Amazon Echo if it hopes to compete fully. On the aesthetic end, however, it seems the internet has pretty mixed feelings about that ‘blend into your home’ design.

➤ Google Home is official, and Amazon Echo should be worried
➤ The internet thinks Google Home looks like an air freshener

Messaging is all the rage these past few years, and Google is stepping up its own game with two separate apps: Duo and Allo. The first is a video chatting app which lets you see the caller even before you pick up. Creepy? Maybe. We’ll see how many disappointed faces it leads to if people don’t regularly pick up their Duo calls.

Allo, on the other hand, is a text-based messaging app that’s designed to be contextually-aware. For example, if you and a friend are talking about making dinner plans, you might be able to ask Allo to pop up a suggestion and make reservations for the two of you, right within the app. You can also search for photos and share with your friend without leaving the conversation.

There’s even an incognito mode so you can… well, you know what you’ll do with it. What this means for Google Hangouts remains to be seen.

It’s no surprise that Google will officially get into the VR game, and it’s doing so with the unveil of Daydream VR. It’s both a hardware and software initiative, which offers a headset and remote controller on one end, and a Labs program for developers to create VR content and experiences. Will you deep dream in Daydream?

Some of the content demoed at I/O include a pancake flipping game, a drum-based keyboard, and YouTube in VR. On its part, YouTube will begin putting Jump camera rigs in its Spaces studios and partner with IMAX to get its creators making more VR-ready content.

Hate downloading an app just to use it once – say, a parking or an instant reward app? Google’s Instant Apps may change all this by allowing you to access an app straight from your browser – no installation required. In a demo, Google was able to search for a camera, access B&H’s instant app, and make a purchase in just three clicks.

What this will mean for developers who are hoping for more downloads remains to be seen, but on the consumer end, this will be extremely helpful for their phone’s storage space.

➤ Android Instant Apps lets you run apps without installing them

Will you name Android N?

Word got out from the keynote that Google wants you to help supply some N-words – but not the inappropriate kinds you may be thinking of. It would like to crowdsource some dessert-themed words to name Android N. While this seems like a fun way to get its community involved, ultimate Google will decide on the name and not based on popularity.

Besides, it’s not like you win anything if Google does pick whatever you suggest.

➤ Google wants you to name the N in Android N
➤ Everyone chill, Android N won’t be named ‘Nazi’ (or those kinds of N-words)

Android Wear gets a big update

The second version of Android Wear is coming later this year, and Google teased some new features to look out for, such as the ability to use apps on a smartwatch without your phone nearby or even being on. Sweet!

The update will also bring new complications that you can customize and add third party data, as well as a full QWERTY keyboard onscreen.

On the more dev-y end, Google announced Firebase Analytics, a platform to help engineers find bugs, measure in-app actions and engagements, and link their AdWord accounts. This is designed to help developers optimize their app campaigns while boosting user engagement.

Devs can also store items within the Firebase cloud branding so everything’s in one place. The new platform works on both Android and iOS.

At long last, Android apps will be making their way to Chromebooks starting in June. That’s no limitation on which apps or whether the developers have optimized it – that’s all apps.

The Chromebooks which be receive the update, however, are another story. The rollout will begin with three devices – Asus Chromebook R11, Chromebook Flip, and the 2015 Chromebook Pixel – to start and follow with many more later this year.

High-end Chromebooks are coming later this year as well and should have this update implemented.

And if you happen to have Chromebooks for your family, you might also be happy to know that Google will soon implement a Family Library plan to share your app purchases. Why buy two versions of a game when the whole family and enjoy it together or otherwise? The update is pretty due from Google given many other products offer family plans but better late than never.

These were the big updates out of Google I/O this year, but there were also many more APIs and demos we saw at the event. To catch up on all the latest, check out our full coverage page here.