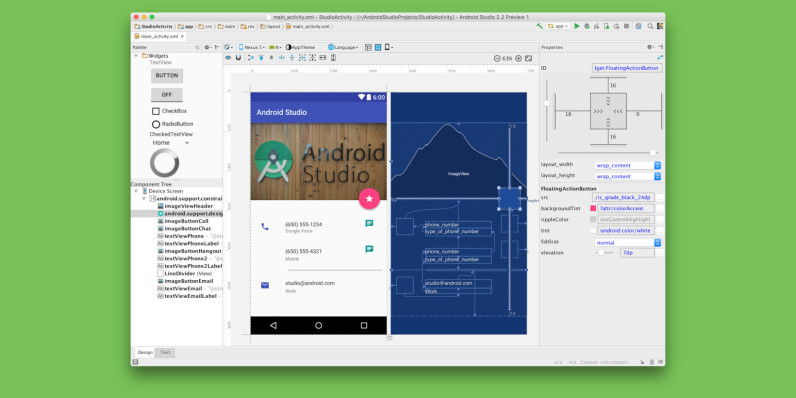 Google has released a preview of the latest version of its Android Studio development environment, with a raft of new features that the company demonstrated at its I/O 2016 event.

Most notable among them are the new layout editor, which makes it easy to bring your app design to life, Firebase integration so you can access services like analytics, authentication, notifications and AdMob right within the IDE, and the ability to record Espresso UI tests and generate test code just by using your app.

You’ll also find a new Code Sample Browser, which lets you look up snippets of code provided by Google based on the symbol you’ve highlighted in your own project.

In addition, the new APK Analyzer helps you keep your installer file size to a minimum, by doing things like assisting in avoiding 64K referenced method limit issues with your Dex files and letting you inspect the compiled resources file, as well as all the assets contained in the APK.

The company says that Android Studio is now the IDE of choice for 92 percent of the top 125 apps & game developers on Google Play.

These features are available today in the Android Studio 2.2 preview, which you can try today. Of course, they’ll likely be a bit buggy and it’ll be a little while before they arrive in a stable version, so use that version with caution.

Read next: Uber riders are willing to pay up to 9.9x in surge pricing if their phone battery's low