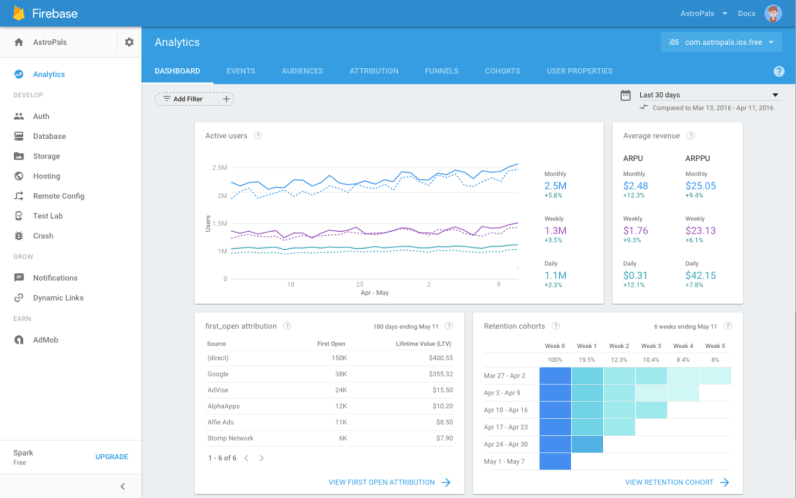 At Google I/O, the company announced some major changes to Firebase, which now has analytics for developers that it says is “like Google analytics for apps.”

Google says Firebase will now be able to do crash reporting by finding bugs and issues in apps. It looks at user behavior and session information to diagnose problems and point developers to the right way to solve the problem.

Developers can also test configurations at scale using Firebase Remote Config, which lets you toggle features on and off as needed.

Engagement is also important, so Google is leveraging Google Cloud Messaging to help developers run notification campaigns to keep users interested. Because the two are now integrated, its new name will be Firebase Cloud Messaging (FCM), and will be optimized for battery eficiency and reliability.

Firebase will now let developers store items with — wait for it — Firebase Storage. It’s powered by Google cloud storage, and its SDK can identify and handle slower network connections.

The new Firebase works for Android and iOS as well as the Web, and is available today.

Read next: Android Instant Apps lets you run apps without installing them