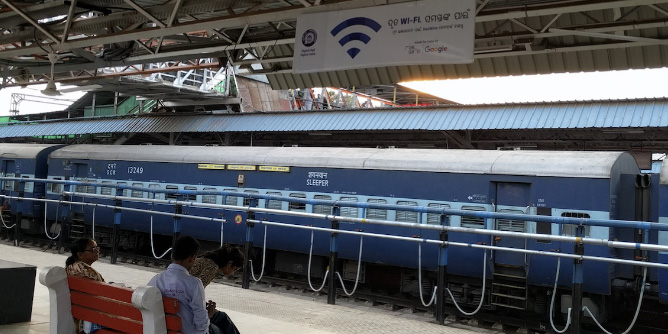 Following on its plan to make the Web and its own services available to more people in India, Google has expanded its public Wi-Fi program to cover nine new railway stations across the country.

The company first turned on free Wi-Fi at Mumbai’s Central station in January, in collaboration with Indian Railways and RailTel. The service is now available at the following stations: Bhopal, Bhubaneshwar, Ernakulam Junction, Kacheguda, Pune, Raipur, Ranchi, Vijayawada and Vishakhapatnam.

Google says the expansion will allow 1.5 million people each day to access the Web at no charge. It hopes to reach 90 more stations this year and eventually cover 300 more.

This initiative is part of Google’s mission to connect India to the Web, which CEO Sundar Pichai outlined last December. Last month, managing director for South East Asia and India Rajan Anandan said that the company was in talks with local telecom service providers to begin testing Project Loon, its program to beam internet access to users from balloons in the sky.

Free Wi-Fi at railway stations will certainly ease the hassle of traveling in India. In addition to checking trip schedules and occupying themselves with content like streaming video while they wait to board their trains, passengers can also use the service to order food using a range of apps as they pass through major stations.