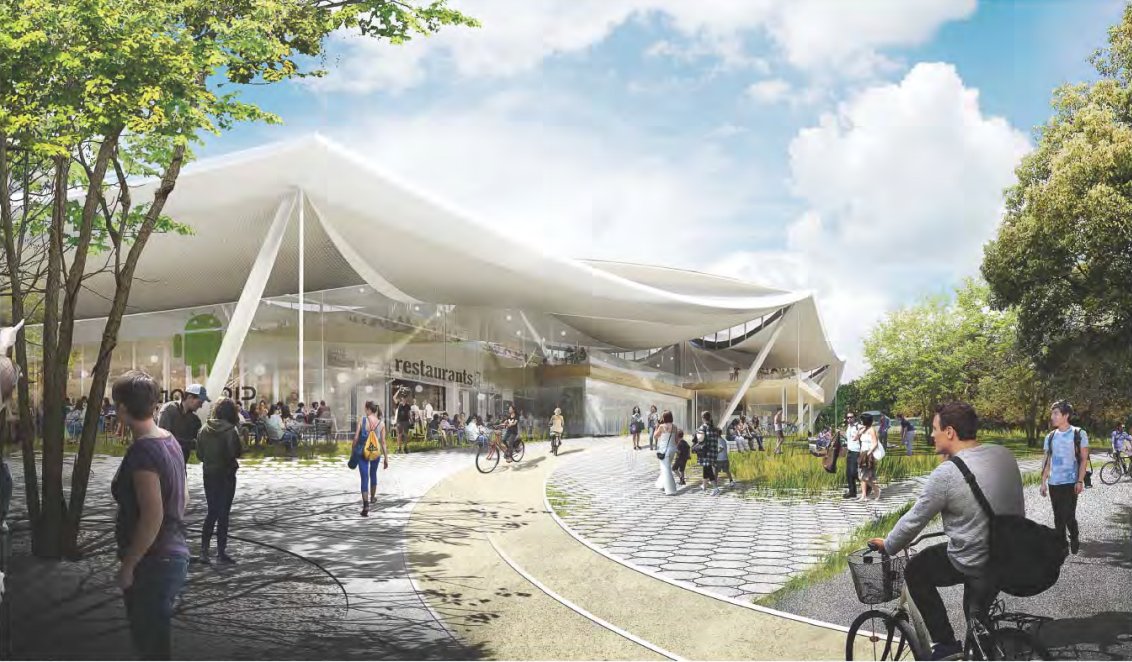 Google revealed last year that it was joining the likes of Apple and building its own new state of the art campus right next to its current home in Mountain View, California.

It showed off plans at the time that looked a lot like it was building the festival campsite of the future and now, a year on, the company has submitted its most recent plans and renders to the city of Mountain View and things have changed a little.

Originally, Google intended for the buildings to be lightweight and movable but in the latest plans, they look firmly rooted to the ground.

They haven’t lost their tent-like appearance though, with glass and wood buildings being covered with an overhanging canopy style roof. The domes of past plans are nowhere to be seen, with a much more refined style taking over.

One thing that hasn’t changed from the original plans is the focus largely on the outdoors and creating harmony between nature and the futuristic buildings. There are lush green spaces surrounding the structures, with areas for eating, relaxing and exercising.

For now, the campus is still in its preliminary planning phase so this could all change again before Google starts building but it’s certainly a nice looking working environment.

Read next: Letterboxd finally comes to iPhone to help you track and find movies to watch