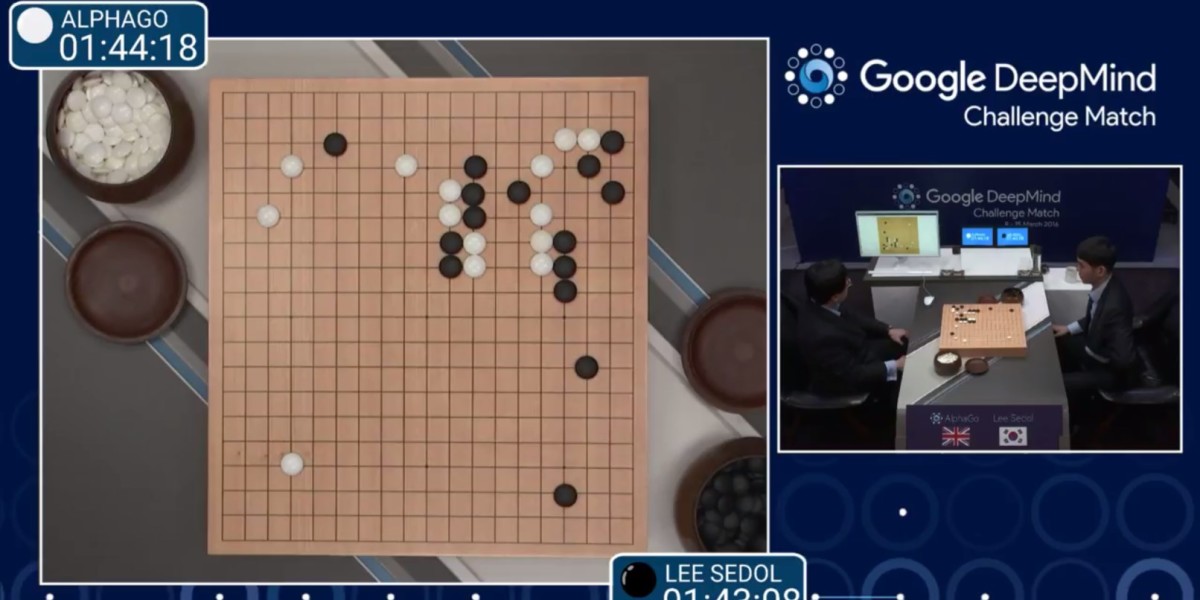 Google’s DeepMind-based AI scored a historic victory today in a game of Go against Lee Se-dol, the second highest ranking player in the world.

Se-dol resigned after roughly three and a half hours of play in the first in a series of five matches. The win is huge for Google’s AlphaGo AI, as it’s the first time a computer has gone up against a player ranked ‘9 dan,’ the maximum ranking of supremacy in the game.

AlphaGo previously defeated European champion Fan Hui five times in a row. The AI trained with 30 million moves from games played by human experts, and is also able to learn how to figure out new strategies on its own.

Incredible moment for AI. Congrats to AlphaGo and Lee Sedol for a great game. More to come! https://t.co/0Ekk1C3wmg

On the line for Se-dol is a prize of $1 million. There are still four matches to go through the week. You can tune in live on YouTube via the DeepMind channel.

Read next: New app Cryptomator encrypts files on iPhone or desktop before you send them to the cloud