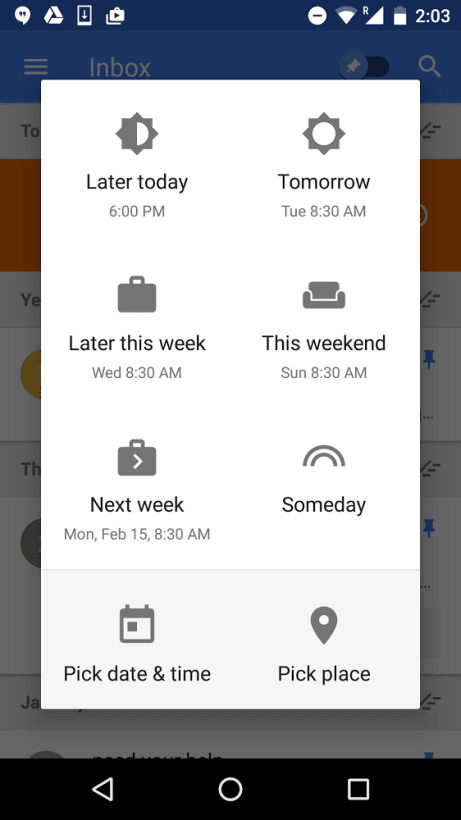 We all get the urge to snooze sometimes. It’s been a big feature for Inbox for Gmail – offering the ability to push emails away until you’re ready to tackle them. Detailed in a blog post today, the Snooze feature will be getting a new look and new features over the next week.

The big change for Snooze is the addition of two new options: ‘Later this week’ and ‘This weekend.’ Both of those commands hold emails aside until – you guessed it – later that week or on the weekend.

But for those who might have non-traditional weekends – say, days off on a Tuesday and Wednesday – Inbox now lets you customize when your weekend actually is, the same way you can set your preferred morning time.

Google says these improvements to snooze were made a result of consumer feedback, so if you’re an Inbox for Gmail power user, you’ll likely be able to pare down some of your custom snooze options with these new features.

Read next: Mailbox is shutting down today, here are a few great alternatives