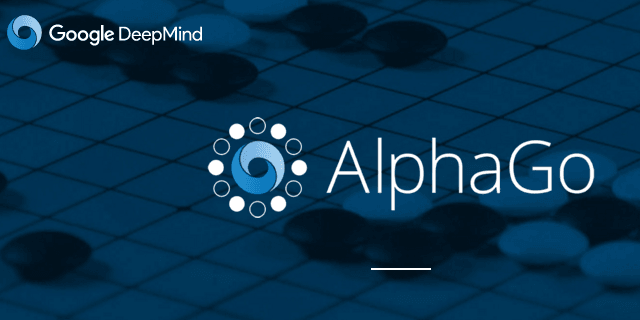 Google has thrown down the gauntlet in front of the top player of one of the world’s hardest games to show that an AI that it’s been developing is the most advanced, human-like algorithm on the planet.

Announced by Google DeepMind CEO Demis Hassabis, himself a former chess master and the creator of Theme Park, the “historic” competition between South Korea’s Lee Sedol and the AlphaGo algorithm will include five matches of the ancient strategy game ‘Go.’

‘Go’ looks like a rather simple game made up of black and white stones that are used to close off sections of the board and capture other player’s pieces by surrounding them. But it has near infinite possibilities of moves, making it hard to use a computer to predict how to win.

“It’s beaten every challenge we’ve given it,” Hassabis said. “We won’t know its true strength until we play it against someone like Lee Sedol.”

The matches will be livestreamed from the Four Seasons hotel in Seoul on DeepMind’s YouTube channel on March 9, 10, 12, 13 and 15 and it’s expected each match will last between four and five hours.

AlphaGo’s moves will be directed from a monitor and played by the algorithm’s lead programmer.

Sedol said he believes the computer algorithm is only at a 3 dan level, a lower-ranking professional player, compared to his top 9 dan status.

There is a $1 million prize for the winner of the competition, which Google will donate to STEM charities if AlphaGo wins.

Whether we win or lose this match this about us as Google Deepmind creating smarter systems to help us. Games have been a great testbed for testing AI algorithms quickly and efficiently but ultimately we want to apply these techniques to real world problems.

Hassabis says in the short-term this general purpose algorithm would create things like more useful smartphone assistants. “In the longer term it will help scientists tackle some of society’s toughest problems, from climate modelling to healthcare and disease analysis,” he explained.

Hassabis has previously called DeepMind’s efforts the “Apollo program for the 21st century” – but Google’s efforts face no official scrutiny, something that people who are worried about the potential power of AI find concerning.

Hassabis has, however, been a leading voice in AI safety talks and signed an open letter pledging that the technology would only be used for good. The company does tend to publish the code it writes and there is an embargo on using it for military purposes.

Google bought DeepMind back in 2014 for a reported $625 million with a 50-strong staff, a figure that now exceeds 200 people from 45 countries.

Hassabis confirmed to TNW that later this week the company will be making its first announcement of a real-world test of the algorithm, which will be in the healthcare field.

Read next: NASA puts Microsoft's HoloLens to work in space