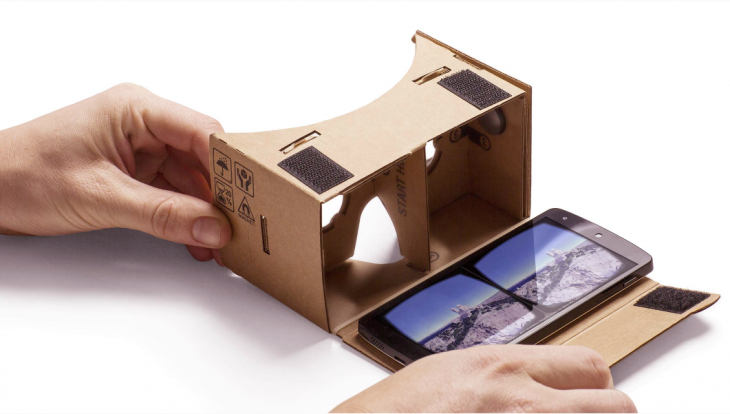 When Google Cardboard was introduced in 2014, many assumed that it was just another novelty — a moonshot from the company that practically invented moonshots.

But in a blog post today, the company announced that its Google Cardboard device has been shipped to more than 5 million users.

That’s a big number, considering the program has been running for just 19 months and distribution has only gained speed within the last year.

But it’s more than just receiving the Google Cardboard — it seems like people are actually using them.

According to the company, more than 25 million installs of VR-focused apps have happened on Google Play, with 10 million of those installs happening in just October to December of 2015.

There are also more than 1,000 VR-focused apps in the Google Play store.

Media production and consumption has also been healthy on the device. Google says that users have logged more than 350,000 hours of Youtube’s VR offering and taken more than 750,000 photos with the device’s camera feature.

As the potential for VR media continues to grow — no doubt with help from other VR-focused companies like Facebook — even more people might consider strapping on an inexpensive Google Cardboard to stay ahead of the trend.

And that’s the real beauty of Google’s Cardboard program. Yes, it’s cheap, but that’s the point. Google has successfully stripped away all of the fancy technology and hundreds of dollars of equipment to produce an experience that is mostly made of cardboard.

It was cheap enough to distribute to subscribers of the New York Times, and it works with existing, familiar software that anyone who has ever engaged with a smartphone can figure out.

So Google’s journey to create egalitarian VR continues. As the space gets more crowded (and more high-end) this year, it will be an exciting one to watch.

Read next: EA is ditching its booth at E3 this year so it can open its demos to the public